The Lies That Job Candidates Tell! 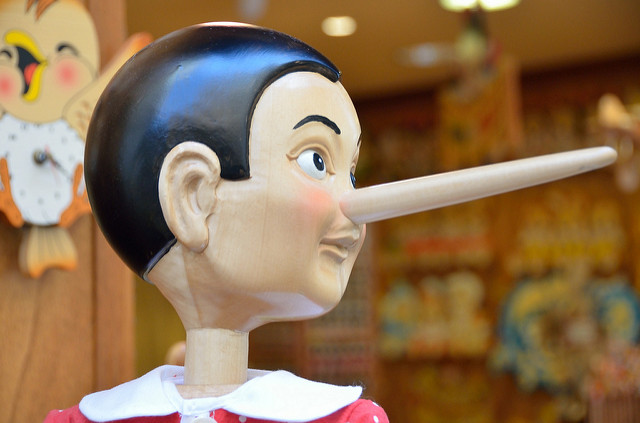 Job candidates say some weird things on a resume that can get them into trouble. Lying on a resume is no small thing, and it could cost you opportunities to advance in your career. More than three-fourths, or 77 percent, of hiring managers report seeing resume lies in their line of work. Read on to see some of the more outrageous lies that recruiters and supervisors found on actual resumes from candidates.

Resume Lies Could Cost You

Resume lies might cost you, but not necessarily in the way you might expect. One candidate downplayed his skills, experiences and abilities because previous employers told him he was overqualified during the hiring process. A company found out his true skills and experience after the firm hired him. The hiring manager said he could have made two-thirds more money.

Forgetting You Worked There Once

One candidate's resume lies went so far that she tried to apply for a higher position in the same company after she left. She claimed she was once an assistant director and director when she applied for a co-director job. The hiring manager said the position for which the prospect applied was not open in the first place. What's worse is the candidate worked for the camp before, and tried to say she was the full director when, in reality, she was just a co-director. Somehow, this potential hire thought she could get away with landing a job with an organization by lying (or just plain forgetting) about her role within the organization.

Registering for Temp Work Isn't Working at a Temp Job

Job candidates use temp work to jumpstart a career, change careers and to get by until a full-time opportunity comes along. One prospect claimed she worked on a temp assignment for seven months. In reality, she only worked at a temporary assignment for just two weeks, but she registered with the temp agency seven months prior. The candidate felt it was acceptable to say she worked the entire seven months. Even more amazing is the person thought a prospective employer would not dig further into her job history.

Resume lies are never worth it, mostly because job recruiters have the resources to check your background. The temp agency did its due diligence and was honest about the candidate's work history when a hiring manager called. Previous employers can say how long you worked at a particular position if asked.

Self-Promotion to Earn a Promotion

A call center employee interviewed for a higher position and claimed he was a call center manager. Upon further review, the hiring manager saw he was just a call center representative. The candidate claimed he didn't know his job title, but that's a big stretch for him to say he was a manager when he was really just an entry-level employee.

Telling resume lies might be worth it in the short term, but the long-term damage to your reputation, personal brand and lost opportunities isn't worth it. Think twice about lying, because recruiters and hiring managers value honesty, integrity and confidence when seeking qualified candidates. Have you ever gotten in trouble for telling a resume lie?