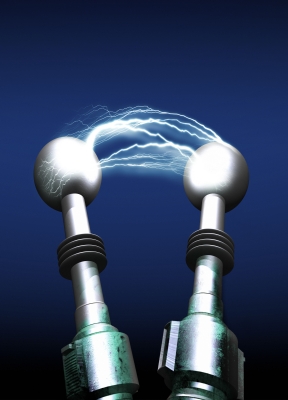 Electric car manufacturer Tesla is having trouble selling its cars in New Jersey. In March 2014, the state banned Tesla sales directly to consumers, stating that Tesla needed to sell its cars through authorized franchise dealers. Tesla also cannot create test drive locations at which users drive Teslas before making online purchases. The state ruling is being contested and, as of April 2014, the state is creating new legislation to allow Tesla sales.

The first takeaway from the Tesla sales battle is that the Internet is changing every method of business-customer interaction, including car sales. Now that companies such as Tesla want to sell luxury cars online to Internet-savvy consumers, lawmakers have to find a way to deal with it.

Brick-and-mortar retailers have been fighting online retailers for nearly a generation, with the music and entertainment industry being the one of the first to dramatically reshape the way consumers interact with and purchase products. Now the auto industry must confront the same problems. Previous industry examples have shown that the answer is clear: industries must reshape to accommodate online sales or risk getting left behind.

The second takeaway has to do with franchise owner rights. Tesla sales do directly compete with authorized franchise dealers. However, Tesla argues that franchise owners do not have an incentive to sell Tesla electric cars, since Tesla sales take away from the sales of standard gasoline-fueled cars.

The franchise owners argue that Tesla is taking away their rights to sell the full range of cars available to their customers. They state that they have the right to sell Teslas alongside gasoline-based cars as well as competing electric cars such as the Nissan Leaf. That way, the customer is able to see all of the available car options and make an informed choice.

The third takeaway from the Tesla sales dispute involves the importance of changing laws to fit a changing world. This is part of what New Jersey lawmakers have in mind as they work to propose legislation to serve as a compromise between Tesla and dealerships. This legislation allows Tesla to set up four stores in the state through which to facilitate Tesla sales. Tesla must also open a second service station to service Tesla and other electronic cars.

This type of legislation is essential. The world is changing rapidly and new methods of doing business are emerging. People who choose to hold fast to old laws are stating that the past is more important to the present. Instead, these types of laws need to be reviewed and updated regularly to ensure that all business owners have the right to sell their products in a way that is both legal and fair.

Regardless of whether the new legislation passes, the takeaways from the Tesla sales battle are important to keep in mind. Tesla is not the first business to attempt a new way of selling its product, nor will it be the last.