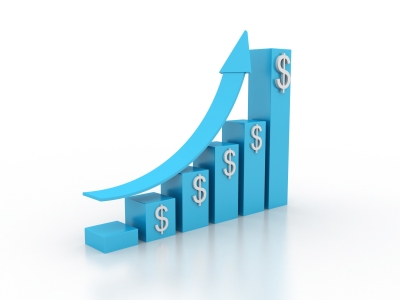 If you're looking for sales jobs and are willing to relocate for work, consider the trends in the tech jobs market around the country as a barometer for sales jobs to come. An influx of tech jobs means more people with more money, and that's always good for sales. As of August 2014, Forbes magazine ranks the following states as the top four states for tech job growth.

Texas is number one with an expected tech job growth rate of nearly 6 percent. The area around North Dallas is known as the "Silicon Prairie," and it's home to several well-known high-tech businesses, including Cisco, Match.com and Texas Instruments. The Silicon Prairie's projected growth is sure to bring a stampede of sales jobs along with it. The area attracts tech companies in a variety of markets, including hardware, software and networking.

The number two spot goes to the Sunshine State of Florida. South Florida, known for its appeal to wealthy retirees, has seen a boom in high-tech medical jobs and is the seat for exciting new innovations in health care. Florida is a great place to pursue medical sales jobs. If you're relocating for work, a place with sprawling white sand beaches and views of both the Atlantic Ocean and the Gulf of Mexico is a great place to do it.

It may seem surprising, but North Carolina is third on the list. The Raleigh-Durham area around Duke University is known as "Research Triangle" and was dubbed the New Silicon Valley by Newsweek magazine in 2010. The area is home to over 60 companies involved in developing the new "Smart Grid" technology that is revolutionizing the energy industry. This makes it a great place to look for sales jobs in the areas of research, technology and energy. With a few top ranked universities in the area, however, competition could be fierce, so you'll need to find ways to set yourself apart from the rest of the crowd.

Portland and its surrounding areas are known as the "Silicon Forest." The tech industry around Portland is primarily centered on hardware such as printers, microchips and electronic displays. Businesses in this area are also interested in clean technologies that minimally impact the environment. This is a great place to find business-to-business sales opportunities.

Following tech industry trends is a great way to read and predict the sales jobs market in the future. If you're flexible and willing to go where the jobs are, spotting booming trends in the tech industry is a good way to get ahead of the game. As of 2014, these four states offer the fastest growing tech markets around. Each also offers opportunities in different markets, giving you a lot of exciting options.

(Photo courtesy of jscreationzs at FreeDigitalPhotos.net)

Here's What You Can Do to Bounce Back from the Blow of Being Let Go...
article posted by Jessica N. Todmann

Canada's new approach to China must do more than just make us feel ...
news via Financial Post - Top...

Here's what you need to know if you plan to keep working into retir...
news via Financial Post - RSS...