When Business and Religion Collide 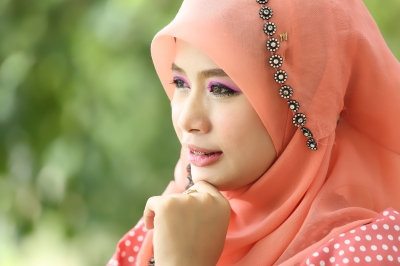 Most people of faith in America are able to pass their entire career without religion coming into conflict with their jobs. However, for some, the dictates of their religion directly impact their ability to uphold the responsibilities of the job. It's unreasonable to expect people of faith to stop exercising that faith from nine to five, Monday through Friday, but there are usually ways to resolve the conflicts that arise.

One of the more common issues people of faith have with their chosen jobs is the employers' requirement that they violate a religious injunction against handling alcohol or pork. This has happened with Muslim retail employees in the U.K. who have made news for objecting to selling these items to the public. Retailers have reacted to their complaints differently, with retail giant Marks & Spencer excusing its Muslim employees from handling non-halal items, while press releases from Sainsbury and Tesco have indicated that those retailers see nothing about dietary restrictions that are inconsistent with normal retail activities, such as stocking shelves and selling bacon and beer.

Another kind of conflict that people of faith sometimes have with their employers is in the time-off requirements that some religions impose on their followers. Seventh-day Adventists, for example, are generally expected by their church to remember the sabbath, which for them falls on Saturday, and to refrain from secular activities during this time. If the job requires them to work or to remain on-call from Friday to Saturday night, both parties find themselves in a bind. However, exceptions to the rule are sometimes made if the work is charitable in nature or relates to public safety, as is the case with ambulance crews and firefighters.

One way to deal with conflicts like these is simply to avoid them. Of course, you probably didn't choose your religion based on which jobs it would let you do, but there's no reason why some people of faith cannot limit their job search either to religious workplaces that share their beliefs or to secular jobs where their concerns are taken seriously. Bring up these potential conflicts during the interview process to save a world of trouble later, and save the investment of time you otherwise make in trying to get an unsuitable job. Remember that it's largely up to you as a job seeker to broach the issue as most employers are careful to avoid very personal questions about interviewees' race, national origin and religious beliefs for fear of appearing to discriminate.

The concrete demands of the working world sometimes come into conflict with the more ethereal demands of the spiritual world. Most people of faith take their spiritual commitments very seriously and sometimes find it necessary to walk away from an otherwise promising job because it imposes conditions that conflict with deeply held beliefs. Seek out religious workplaces, or oblige secular employers to ensure the two worlds coexist peacefully.