Why Are Companies Shunning The Suburbs? 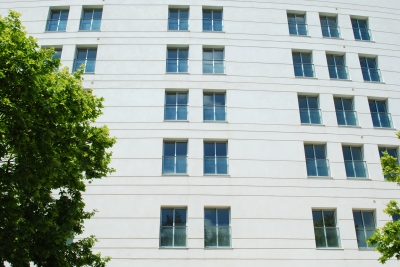 An interesting trend has developed among small and medium sized businesses in recent years: they're moving away from suburban areas and back into crowded downtown neighborhoods. Technology companies are especially keen to relocate, and they've been doing it in increasing numbers in states where the high-tech sector is concentrated. The move is motivated by a number of factors, and it will have real consequences for the way technology companies do business.

The move to the suburbs by light industry began as the population of urban professionals shifted away from city centers during the postwar decades. As the technology economy developed through the 1960s and 1970s, the engineers and developers who staffed the industry were the most eager to leave the cities. By setting up shop in the suburban areas popular among their workers, technology companies managed to cut down their employees' commuting time as well as reduce tardiness, absences, and other costly time losses.

This model worked fairly well for several decades, as what were once small suburban communities such as Cupertino, CA, and Redmond, WA, blossomed into major high-tech powerhouses for such giants as Apple and Microsoft, respectively. The booming local businesses such as retail stores, restaurants, and entertainment venues, as well as the always-rising real estate values helped to make the suburban experience attractive to technology companies' skilled workforce throughout the period.

Then came the crash. Two crashes, actually: the dotcom collapse of 2000 devastated many of the smaller and less secure technology companies that had set up operations in these suburban communities. With their elimination, the job market in the suburbs began to dry out. The major firms were strong enough to persevere—some even thrived in the newly cleared field—but the housing collapse of 2008 proved to be more than many communities could bear.

Many of the remote suburban communities that were the most attractive to technology companies through the boom years were hit hardest by the sudden crash in real estate values. Suddenly, Web developers and database administrators who had borrowed $500,000 to finance their suburban homes in Victorville and San Leandro found themselves underwater with no recourse but to walk away from their homes.

Many of them walked right into apartments, which are abundant in built-up areas of cities. This created new challenges, as the commuting time out to the suburbs became an issue for many technology workers and IT managers, and a reverse migration of technology companies, from the suburbs to the cities, began.

Technology companies aren't alone in this shift. Many firms from various industries are finding major cities appealing places to put down roots again. In fact, the population in general seems to be increasingly eager to move downtown.

The great postwar shift of the population drew middle-class professionals out of the cities and into the suburbs. With the economic displacements over the last decade or so, the move in the population at large—and especially among technology companies—has been back to the urban centers. Hopefully, the urban renewal brought by so many professional families will endure longer than the suburban sprawl they've left behind.