Why Manufacturing Is More About Skills and Less About Labor 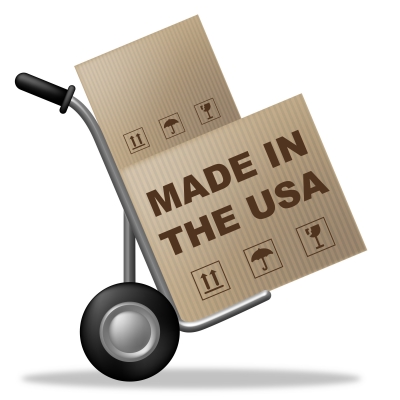 Industry experts believe manufacturers face a shortage of 2 million manufacturing jobs until 2025. This shortage stems from an aging workforce that is getting ready to retire combined with a greater reliance on automation and machinery. The insufficient number of education programs also threatens to make the labor shortage worse as teenagers find interest in other subjects. Fewer production lines need physical labor and more manufacturers require people who can work on machinery.

The job situation peaked in 1979 with more than 19.5 million manufacturing jobs. As of 2012, U.S. manufacturers employ around 12 million people. The reason for the decline from the 1980s to 2000s was due to companies finding less expensive labor overseas, especially in places such as China and Mexico. Back then, manufacturing needed a lot more workers.

A resurgence of U.S. manufacturing is due to different factors. Instead of more laborers, manufacturers need people who are trained in and have experience operating machinery. This means workers need to know the mechanics and processes that go into manufacturing rather than how to physically move products around a plant. Contemporary jobs mainly require technical prowess as opposed to physical labor compared to jobs in the past.

Plants have increasingly automated ever since the 1970s when they employed the most Americans. The entire line has some kind of automation, from loaders that start combining materials to palletizers that load finished products into stacks for shipping. Workers need to know how to work with and fix these machines so the plant operates at peak efficiency.

In order for an apprentice to become a journeyman, a plant worker needs a bevy of specialized knowledge and skills to determine how things work on a production line. A worker with advanced training needs to know how to put together smaller components that fit into a larger machine. Welding, drilling and tapping also come into play when putting machines together. A worker also needs to understand pneumatic and hydraulic systems.

In addition to putting physical machines together, employees must be able to operate programmable logic controllers that run machines from one step to the next. If the production line changes, production engineers must be able to reprogram the machine to alter the workload. Some components need to connect to the Internet so computers can monitor the device from a different place in the plant.

Manufacturers also need to troubleshoot machines and maintain them so they do not break down. Automation technology may require new wires, belts, hoses and other parts to continue to operate efficiently. This means a skilled laborer needs to know how to read the plans for the machine, electrical writing diagrams and mechanical prints that show how a machine fits together.

Because plants become more and more complicated, workers must understand the theoretical processes behind the production line and the physical mechanisms that drive the line. That means workers require more education in order to run advanced systems.

Internships or vocational-technical classes in high school can help a potential employee determine if manufacturing is the right area for specialization. Some jobs require experience plus credentials and certification. Welding or machine shop work both usually need some type of formal education.

When manufacturing jobs went overseas starting in the 1980s, high schools and technical colleges focused less on skills needed for manufacturing jobs. As such, many of the workers going into manufacturing now have fewer educational opportunities to learn the engineering skills of the trade. Fewer engineers with an education to work on machines and industrial processes mean companies may have to scramble to come up with workers who understand the automation process in contemporary factories.

Higher education means greater pay for people who want to have a manufacturing career versus people who just have work experience in a particular trade. Industrial engineers with a bachelor's degree can earn more than $78,000 annually. Mechanical engineers typically make around $77,000. Unfortunately, a lack of educational programs keeps interest in these fields lower.

Manufacturing employment in the United States is at a critical juncture due to looming job shortages. Engineering positions face a possible crisis due to an aging workforce. Industrial engineers and petroleum engineers, two of the fastest-growing segments of the engineering field, each have one-quarter of those positions filled by people ages 55 or older. In 2013, companies needed 3,500 petroleum engineers compared to just 1,600 graduates with the correct degrees.

U.S. manufacturing is on the rebound as companies recognize that consumers want products to hit the market faster. Although labor may be less expensive in other countries, the extra shipping time, which could take weeks, means products hit shelves later. Companies that bring new products to market faster have an advantage over businesses that do not.

Labor prices in other countries have risen, and better automation means companies need to hire less people. However, manufacturers must onboard the right type of people. Manufacturing jobs continue to increase in the United States rather than decline, but the right kinds of workers simply are not interested in the jobs yet.

U.S. manufacturing can continue to rebound if the industry can fill the millions of open positions coming by 2025. These companies should find and mine talent from high school and colleges so they do not lose revenue and sales due to fewer products hitting various markets.