With Tax Reform so Uncertain, Consider Changes to Your Portfolio 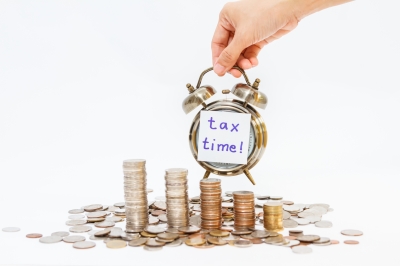 When Donald Trump entered the White House, market forces took over thanks to the perception that Trump and a Republican-led Congress would lower corporate tax rates and institute tax reform. Companies began to defer income to 2018 in hopes of lowering their tax bill. Accountants should consider an investment strategy based on the uncertainty that Congress and Trump may see things differently, according to CPA Robert Green of GreenTraderTax.

Trump promised to get rid of Obamacare, but that push failed in both the House and the Senate, as of September 2017. Part of Obamacare is the 3.8 percent net investment tax on the top 2 percent of earners. The GOP may not be able to argue that this tax cut creates jobs because, in reality, Obamacare creates thousands of health care jobs. As an investment strategy, you should take note that this 3.8 percent tax may stay intact for the long term.

Capital gains taxes are relatively low compared to other times in the history of the income tax. In the lowest income bracket, the capital gains tax is 0 percent. The highest bracket pays a 20 percent tax on capital gains. One tax plan in the House seeks to lower the rate for the highest earners to 16.5 percent. While the tax savings may seem attractive, an investment strategy for selling makes sense if a security dips below a loss of 3.5 percent. Selling sooner rather than deferring is a good option in this scenario.

Of course, there are always year-end maneuvers to help mitigate any losses. This investment strategy occurs when someone sells a security in December only to re-buy it in January when the next tax year occurs.

Consider the so-called Trump Trade. This happened when stock markets hit new highs because investors sought to defer capital gains taxes until 2018. People began to buy stock rather than sell stock. Investors who have make $100,000 in a capital gain stand to pay $23,800 in income taxes for 2017, but you have to learn to sell based on perception.

If there is a perception that Congress doesn't act on tax reform in 2017 for the 2018 tax year, then the Trump Trade may lose steam quickly and stock prices could reverse. At that point, investors would start selling stocks. You might be safer to sell some securities sooner rather than later in a sound investment strategy for 2017.

Republicans have to convince Americans that reforming the tax code on their terms is a good idea. Any reform must include tax cuts for ordinary Americans and not just for corporations and LLCs, otherwise the political backlash would decimate the ranks of Republicans in Congress. If Trump has his way, LLCs and corporations wouldn't pay much in taxes at all, which could spur more companies and entrepreneurs to become pass-through entities.

Another roadblock to reforms is that companies must prove they want to invest in human workers. Unfortunately, the push is for Wall Street firms to invest in technology, automation and software that makes businesses run more efficiently.

Any investment strategy should take into account the current political climate. Anything major coming out of Congress could spur a sudden sell-off of stocks, so analyze the situation before changing your portfolio.

Photo courtesy of jk1991 at FreeDigitalPhotos.net