Women and Salary Negotiation - Getting the Money You Deserve 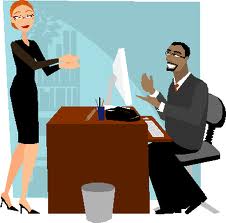 Even now, when women have made great strides to gain equality in the workplace, women are still earning, on average less money for the same job than their male counterparts. Even with government protections put in place to discourage gender based pay discrepancies, it is still happening. One of the reasons many experts suggest as to why women make less is that they are less experienced at negotiating a better salary.
When I think back, I can remember a time when I was offered a job that I really wanted. The human resources manager asked me about my previous salary and gave me an offer that was quite a bit more than I had been making previously. I was ecstatic and accepted it. I felt like I had just accomplished something huge. Not only did I get the job I wanted, but I got a sizable pay increase. I was through the roof.
My excitement and enthusiasm continued until I was talking with the other people who were hired at the same time as me, and my male co-worker told me what he was making. It seems that they offered him the same salary as me, but he asked for almost twice as much. According to him, they agreed without so much as batting an eye. Now, I am not a money motivated person; doing something that I love is more important that the salary, but once I found out that I could have earned more if I had negotiated made me feel like I had gotten a bad deal. No matter how hard I tried, I could never shake the idea that I had settled for less.
It seems that for many women, myself included, the idea of negotiating salary seems rude and overly aggressive. However, the truth is that negotiation isn't rude, and in fact, it is expected. Employers even seem to think less of employees who don't negotiate. Since, anyone hired to a position above entry level is expected to negotiate, employers rarely ever start off with their best offer. So, if you don't negotiate, odds are good that you will be getting paid much less than the employer was prepared to offer.
While this may seem like a small issue, accepting less pay can have a domino effect on the future of your career. For example, if you are being paid $7,000 less a year that what you could have gotten, when you ask for a raise, you wouldn't be getting a $7,000 raise. If you were to get a $500 raise, that doesn't even start to close the gap, because you could have been getting the same raise on top of the extra pay. What's more, most employers figure up raises on a percentage of your current salary, so even your raise is going to be lower than it would have been had you negotiated better.
When you take the next step in your career, be it a promotion within your company or a new position somewhere else, often your low salary will have a negative effect on your negotiating power. If you were offered a position somewhere else, they might think that offering you $10,000 more than what you are currently making is more than generous. But even then, you are only making $2,000 more than you could have when you started your previous job. So, you can see the far reaching consequences of not negotiating the best salary for yourself.
The only way to be sure that you are getting paid what you deserve is to do research on your industry and what the average pay is for your position. Once you have an idea of how much you are worth, you should consider reading a book on negotiation skills and practice with your friends and family. Get comfortable with it, and then you will be in a great position to negotiate the salary that you deserve.
Are you looking for a job in the Manhattan area? Be sure to visit ManhattanJobsite.com
By Melissa Kennedy- Melissa is a 9 year blog veteran and a freelance writer, along with helping others find the job of their dreams, she enjoys computer geekery, raising a teenager, supporting her local library, writing about herself in the third person and working on her next novel.