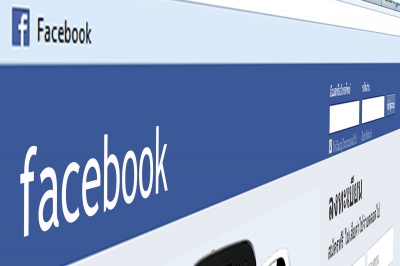 Internet users may see Facebook in China in the near future after a prominent government leader visited Mark Zuckerberg in the United States on a recent trip. Facebook's CEO has known for a long time that China is the key to the growth of American tech giants. Google left the vaunted Asian market in 2011 after several high-profile censorship cases, and then Microsoft moved to fill the void.

Lu Wei, minister of the Cyberspace Administration of China, visited Zuckerberg's office in early December 2014, as reported by a Chinese official news source. The official visit comes after the social media giant set up a sales office in Hong Kong and less than two months after Zuckerberg visited a highly regarded science university in Tsinghua. Facebook in China may be a reality as early as next year, Doug Young of Forbes magazine reports. Lu also met with Apple CEO Tim Cook and Amazon CEO Jeff Bezos during the trip.

Any Internet company from America operating in China marks a gigantic turn in Chinese-American business relations. Chinese censorship policies have blocked Facebook in China since 2009. Undaunted, Zuckerberg traveled to the Asian juggernaut several times and learned to speak Mandarin. The Facebook CEO studied Chinese President Xi Jinping’s book "The Governance of China." Lu noticed the book on Zuckerberg's desk during the official visit to America. Cook has also made trips to China, but mostly to smooth over Apple's rocky relationship with Asian suppliers.

Zuckerberg has the clear advantage, and he seems willing to do anything to get Facebook in China. The CEO told Lu he wants Facebook employees to read President Xi's book. The mascot of Beijing-based Xiaomi Corp. sat on Zuckerberg's desk during the American visit. Xiaomi is the world's third-largest smartphone manufacturer. Baidu Vice President Zhu Guang accompanied Lu to America, which is noteworthy since Microsoft partnered with Baidu in 2011 to supply English versions of Bing to China's largest search engine company. The Microsoft deal gave the Seattle-based company access to 480 million computer users. Baidu already has a working relationship with Facebook in China since the social network already has a small office in Beijing.

Zuckerberg plans to partner with Chinese firms to sell advertising. One of the main roadblocks for Internet companies in Asia in recent years has been Chinese censorship officials blocking websites. Zuckerberg seems to have the advantage with regards to censorship issues during discussions with the country's top Internet official.

The Internet is big business in China. As of World Bank statistics in 2013, 45.8 percent of the Chinese population uses the Internet. That means approximately 621 million people have access to online advertising, a figure that is nearly twice the U.S. population. Facebook already has more than 1.23 billion active monthly users. Adding several hundred million more users in China would make Facebook nearly unstoppable in terms of clout and revenue.

Lu's trip to the United States was no small venture. The businessmen he brought with him were also significant, which indicates Facebook in China could be a reality within a year. Other tech companies may soon follow, but only if they are willing to study the Chinese way of doing business, much like Zuckerberg has done for years.