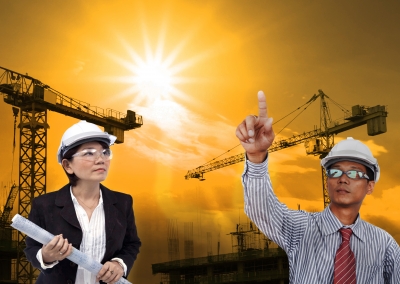 According to an article posted on the Canadian Manufacturers and Exporters website, federal and provincial ministers of employment and skills training recently met in Toronto, Canada, to address the country's growing skills gap problem. Recent statistics show that there are currently 1.3 million Canadians looking for employment and 210,000 job vacancies. However, people applying for available jobs don't have the required skills, so many industries are reaching out to Canada's immigration system to find skilled applicants.

According to Citizenship and Immigration Canada, Alberta and British Columbia in particular are reaching out to foreign civil engineers to fill upcoming positions. The provinces are welcoming new civil engineering graduates, as well as midcareer and advanced civil engineers, and the midrange salary for civil engineers is around $60,000.

If you're a civil engineer and interested in migrating to Canada, you have a few different options. Once you have a job offer, you can enter the country as a temporary worker. If you migrate to Canada as a temporary worker, you can change your status later if you wish to become a permanent resident. Alternatively, civil engineering is one of the eligible occupations listed as part of the country's Federal Skilled Worker Program, which helps people migrate to Canada as residents. Quebec's Skilled Worker Program is also available to civil engineers. Keep in mind, that these Canadian programs only have a limited number of available positions each year, so you need to check how many slots are available before you make plans to move.

The fact is that Canada is in dire need of people with civil engineering degrees. So, you could find more civil engineering opportunities in the field you prefer if you don't mind relocating. Once you've obtained Canadian residency, you can work in any province you choose, and with the high civil engineering demand, engineers can apply for specific positions or preferred locations throughout the country.