How to Find the Highest Wages in Retail 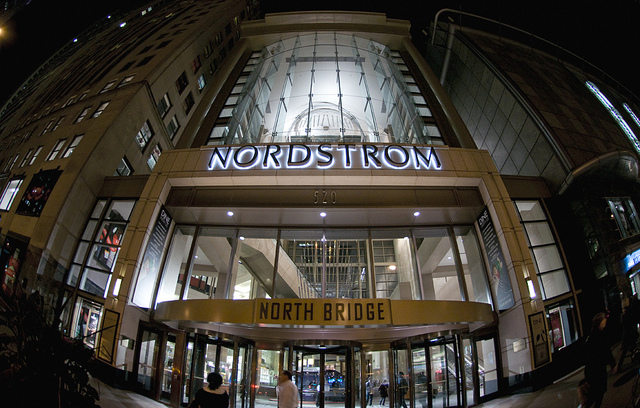 While the average retail employee makes just under $10 per hour as of 2015, earnings can vary widely, with some salespeople earning bonuses and commissions or taking advantage of profit-sharing programs. Although your experience can earn you a bit of a premium, your geographic location is far more likely to affect your wages. The most important factor predicting your wages, however, is the company for which you work. Certain companies are well-known as generous when it comes to paying their retail employees. When you set out to find the top retail jobs, take a look at the highest-paying employers.

The main way to find a high-paying retail job is to target your job search at retailers that are known for paying salespeople well. Nordstrom, for example, pays well, especially during the holidays and other busy seasons. In addition, sales performance is recognized with commissions. Employees also get significant discounts at the stores. The store focuses on having its retail workers build relationships with customers so that retail interactions remain positive.

In 2015, the retail venue that was ranked most highly by its employees as a great place to work was H-E-B, the supermarket chain based in Texas. The employees love the chain's CEO, and they appreciate the 401(k) plan and employee discounts. Pay at H-E-B ranks about 25 percent higher than pay at comparable outlets.

At The Container Store, wages run almost double the comparable wage for this type of retail store. The company's CEO considers it well worth the extra expense to pay his people well. He thinks that by hiring the best salespeople and customer service people, he still saves money, since these valued employees have such high productivity. As a result, turnover at the stores remains low and employees are happy to work there.

West Coast chain In-N-Out Burger ranked number two on the list of great retail stores to work at in 2015, according to Glassdoor. More than 90 percent of current workers are likely to recommend the job to a friend, and the employees praise the company's generosity, not only with wages but also with life insurance, vacation time and free food.

Other top-paying retail stores include Bloomingdale's, Trader Joe's, Costco, Barnes & Noble, and Land's End. Many of these stores also win fans among their employees by providing top benefits. For example, Land's End offers discount on insurance and merchandise. Other stores keep employees loyal by treating them well. For example, Costco employees appreciate the fact that the stores stay closed on Thanksgiving.

Companies that pride themselves on their customer service need to recruit the very best salespeople they can. To keep them, they have to pay above the going rate in any region. If you're looking for the very top retail jobs, check out some of these companies and make sure you're offering them the high-quality performance they rely on to keep customers satisfied.

The CEO of a trucking company explains the 'single biggest systemic...
news from Markets

Coronavirus layoffs have not been equal. Here are the workers that ...
news from Markets