If Retail Salaries are Increased, Will Increased Sales Follow? 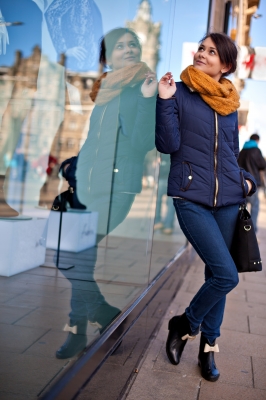 According to the United States Bureau of Labor Statistics, over four million Americans work in retail. However, these jobs are not known for their high salaries. Many people who work in retail make just above minimum wage. Increasing retail salaries gives retail employees additional income to spend and is likely to lead to increased sales throughout the retail industry. However, the increased sale revenue might not make up for the additional cost in employee wages.

The retail industry requires discretionary income. If customers do not have enough money to buy clothes, books, gadgets or other popular retail items, sales drop. Customers nearly always find a way to buy life's necessities, such as food and office-appropriate clothing, but discretionary retail spending is one of the first things to go when budgets get tight.

According to the most recent U.S. Bureau of Labor Statistics calculations, the median retail salary is approximately $21,410 per year or $10.29 per hour. This number, last calculated in 2012, clearly shows that the majority of retail employees do not have a large amount of discretionary income. This means that although they are still going to make retail purchases, they are likely to limit their retail spending in order to stay within their budgets.

This all comes at a time when the retail industry is increasingly being pressured to raise wages. Increasing retail salaries is likely to reduce costly staff turnover, ensure a happier and better-trained workforce and provide a significant public relations boost for the company involved. Increasing retail salaries is also likely to increase retail sales, as employees who have more discretionary income use it to buy retail products.

Increasing retail salaries is likely to lead to increased sales across the retail industry. However, these sales may not offset the cost of the increased salaries. Retail companies must balance the benefits of increasing salaries with the cost of reduced profits before making their final decision.