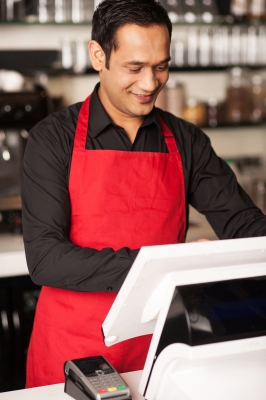 Pay disparity made headlines after the Great Recession ended when people protested against Wal-Mart's low wages and scheduling practices. The retail giant listened and raised the minimum wage of its employees. Despite the change, many experts believe the pay disparity in retail continues to keep the lowest-paid people in poverty.

Several factors influence the pay disparity among retail workers. Ethnicity and gender affect how much people earn in the retail sector. Poverty also keeps people from making more money at some of America's largest store chains. Unfortunately, there are no easy solutions to solve the pay disparity issue in retail wages.

Women make up more than half of the American workforce at large retailers. However, the wages they make and the hours they work differ from men. A study from Demos, published in June 2014, says the average woman working in retail earns $10.58 per hour. By comparison, men earn an average of $14.58 per hour. A single mother with two children making $10.58 every hour usually doesn't make enough money to stay above the federal poverty line.

Women also face erratic schedules and lack of benefits. Single mothers have to find day care for children, which costs money and reduces the amount of money for other necessities. Mothers also need to take off time when children get sick, which means time off of work with fewer hours of pay. Erratic schedules do not bode well, considering women need to work 103 more days per year to equal the pay men make in retail.

These factors combine to make it difficult for single mothers to go to college, earn degrees and get higher-paying jobs in general. One Demos study claims that if women earned an extra $1 per hour, retailers could increase sales by $4 to $28 each month per person. A 25 percent increase in pay leads to 2.6 percent higher sales. Therefore, reducing the disparity in wages helps retailers. Pay disparity in retail costs women $40.8 billion per year cumulatively, but this group of workers is not the only one that faces a large pay disparity in retail.

One reason for the pay disparity among ethnic groups includes on-call scheduling. Blacks and Hispanics are much more likely to have on-call schedules where managers call them and they come into work without a set schedule. Inconsistent schedules reduce the chances of attending classes, finding regular day care and working multiple jobs.

If these retail workers earned $15 per hour, the rate of poverty for retail workers in the United States would be cut in half. This reduces the strain on government benefits, food stamps, health care and housing programs that help people who live in poverty. Reducing pay disparity eases the burdens of everyone, not just those who do not make a lot of money. Unfortunately, pay disparity can perpetuate poverty among certain ethnic groups.

Pay disparity in retail creates a vicious cycle of poverty. About 7 percent of white and Asian retail workers are at or below the poverty line, but the rate increases to 13 percent for Hispanics and 17 percent for blacks. Therefore, low wages for retail workers affect blacks and Hispanics disproportionately compared to other demographics.

The reasons for poverty are numerous. People who work flexible, or on-call schedules, may not be able to show up to work at a moment's notice. Blacks and Hispanics who have to take public transportation to work may not get there in time to take advantage of more hours. The lack of transportation also keeps impoverished demographics from attending training opportunities that could increase pay.

Retailers across the country discriminate, either overtly or subconsciously, against blacks and Hispanics in hourly wages. In 2013, the median hourly wage for all retail sales positions was $14.53. Whites earned $15.53 per hour. However, blacks earned just $12.20 per hour and Hispanics earned $12.45 per hour. Lower wages, combined with poverty, keep certain demographics in a vicious cycle of poverty. This is because these workers need better pay to get out of poverty, but poverty keeps them from more hours and getting to work on time so they can make more money.

Promotions in retail also affect blacks and Hispanics disproportionately because of credit checks. Some employers run credit checks as part of a screening process for higher positions in retail. This creates a hiring bias against people of color. Blacks hold 12 percent of all retail sales positions but just 8 percent of first-line supervisor jobs.

Pay disparity in retail takes many forms. However, scheduling and part-time work cause wage disparity among women and ethnic minorities on the lower rungs of the career ladder. Once retailers realize that everyone benefits from equal pay and equal promotions, the wage disparity among American retail workers may improve so more people can make better lives for themselves.

Photo Courtesy of stockimages at FreeDigitalPhotos.net