Peer-Bullying is Rampant in Our Healthcare System 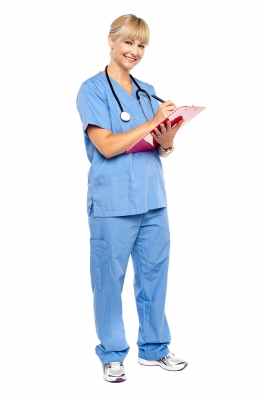 Health care professionals are supposed to help each other and keep patient safety in mind at all times. Unfortunately, some nurses engage in peer bullying as a way to establish dominance or avoid unpleasant tasks. This type of bullying increases turnover and puts patient safety at risk.

Marie Claire reports that at least 85 percent of nurses have been the victim of verbal abuse perpetrated by another nurse. The problem is so severe that one in three nurses eventually considers quitting her job due to peer bullying. American Nurse Today says 60 percent of registered nurses quit their jobs within six months of the first workplace bullying incident. Peer bullying reduces job satisfaction and puts patients at risk for serious problems caused by poor communication between bullies and their victims.

Peer bullying among nurses is such a pervasive problem that many health care professionals say, "nurses eat their young." This phrase became popular in 1986, and it is still in use today. Experienced nurses sometimes try to establish dominance by hazing new nurses or assigning tedious tasks to some nurses and saving easier tasks for themselves. A nurse who engages in peer bullying might even ignore a colleague's request for help with a patient.

Bullying in the health care industry has very serious effects on patient safety. Christi, a nurse who would not provide her last name, told Marie Claire reporters a patient almost slipped into a coma because her colleagues refused to help her when the patient coded. Another nurse told the magazine she has seen experienced nurses watch television while younger nurses struggle to complete all of the tasks they have been assigned.

Nurses aren't the only ones who engage in peer bullying, however. An article in Medscape indicates young doctors are often subjected to hazing or abusive behavior. Some doctors are reprimanded for getting upset when a patient has a bad outcome while others are bogged down with menial work by more experienced colleagues. If this peer bullying is allowed to continue, patients are at risk for medication errors and injuries.

Peer bullying is not just a problem for employees; it is also a serious issue for hospitals. In the first workplace bullying case that made it to court in the United States, the plaintiff alleged that his boss lunged at him, swore at him and threatened him. The resulting depression got so bad that he was forced to quit his job as a perfusionist at an Indiana hospital. Allowing peer bullying to continue unchecked puts your medical facility at risk for being sued or developing a reputation as a place where employees are allowed to treat each other badly.

Children and teenagers aren't the only ones who engage in bullying. Nurses, doctors and other health care professionals sometimes bully their colleagues. If you notice peer bullying in your facility, work with your supervisor or human resources representative to resolve the problem.