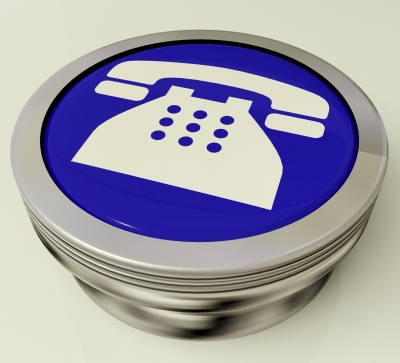 VoIP calls are not regulated the same way as telephone calls, so telemarketers can get around laws passed by Congress designed to restrict access through traditional methods. The National Do Not Call Registry worked, and consumers praised the federal government for taking such a measure. The massive telemarketing schemes from the 1980s and 1990s virtually stopped unless consumers already had services from a particular company or its "third-party partners."

Then came advances in Internet technology and wireless systems. VoIP calls became cost effective for companies that wanted to use landline and wireless phone numbers for marketing purposes. Originally, such calls had to be made through special microphones and speech programs on computers. The technology to record voices onto a computer is built into many laptops. Professional microphones and recording software, in addition to Internet access, represent ubiquitous, in-demand technology that anyone can purchase at nationwide electronics stores. The only thing marketing companies need beyond the hardware and software is a working phone number for a computer to call.

VoIP calls and capabilities come standard with many digital cable, satellite and Internet providers. Private citizens and companies may invest in this technology with very little upfront money. The popularity of Google's Gmail calling feature demonstrated the viability of this technology in 2010. More than 1 million phone calls were made through Gmail within 24 hours of the launch of the service. Phone calls were placed through a virtual keypad embedded into Gmail's chat system. Automated telephone calls made a comeback thanks to one of the largest tech companies in the world.

These new types of robocalls may originate from overseas locations, making them subject to the laws of the countries from which they call as opposed to the laws of the United States. This distances VoIP calls from any legal action. International calls remain expensive through traditional landlines and satellite connections, even with digital wireless towers. Phone calls placed via the Internet are much cheaper, which gives large companies an advantage. Instead of outsourced customer service calls made to call centers, American firms can hire international companies to send robocalls back to U.S. phones.

Thus far, not much has been done to combat or prevent these new versions of robocalls. The free service NoMoRobo.com helps, but only through certain carriers and not over analog land lines and wireless carriers. Until more services come about, many consumers may be stuck with robocalls for the foreseeable future.

VoIP calls may not dissipate or disappear anytime soon. American consumers can help themselves by not giving out their phone numbers to companies and by not publishing phone numbers on social media or emails. Telemarketing calls are here to stay until newer technology or Congress prevent them from happening.