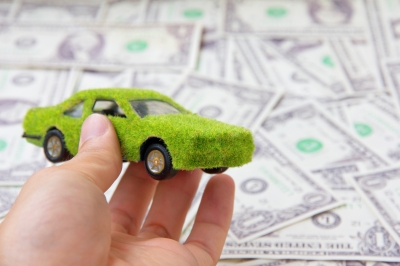 The Tesla sales model has the potential to shake up the automobile retail sales industry. Company CEO Elon Musk wants to sell his electric vehicles directly to consumers without high-pressure salesmen or markups due to commissions. Some auto dealers feel threatened by Musk's tactics despite public opinion polls that favor the direct sales model for automobiles.

Musk's cars are more expensive than traditional gasoline-powered cars. The two-seat roadster costs $109,000, and the four-seat Model S is $57,000 as of 2014. Future plans include an SUV for around $30,000. The CEO wants to keep costs down for consumers by eliminating automobile dealers who profit from price markups and service departments.

The Tesla sales model involves consumers who test drive cars at retail outlets and then order a car through the Internet. Storefronts in shopping malls offer information, but no sales force, which helps the company keep its marketing costs down. There are no huge car lots for hundreds of Tesla cars or big showrooms to feature the newest models. The electric vehicle is then delivered before it must be registered in whatever state the driver lives. Online sales of cars is a relatively new direct car sales model that has yet to be fully explored, but car dealers risk losing business if they do not adapt to new ways of selling automobiles.

Musk argues his Tesla cars are virtually maintenance free because there are no spark plugs, no oil changes and no tune-ups. The only regular upgrades involve computer software, which is downloaded directly to the car over digital networks. The CEO argues dealers lose money when there are no regular service calls.

Tesla faces battles in states such as Texas and New Jersey where auto dealers feel threatened by direct car sales. Dealers depend upon manufacturers for their inventories. Automakers provide financing for customers, but also stipulate prices cannot fall below certain levels or the dealer's franchise can be revoked.

Supreme Court cases in 1919 and 1984 both upheld the manufacturer's right to sell cars directly or through dealers. One reason why states are reticent to change to the Tesla sales model lies in lobbying efforts. More than 17,000 car dealerships and their employees contributed more than $15 million to state and local politics in 2011-2012. In that same span, Tesla donated $500.

Musk convinced the Washington state legislature to allow his vehicles to be sold directly to buyers. This Tesla sales model is favored by consumers. A recent poll in North Carolina reveals 97 percent of respondents feel Tesla should be allowed to sell cars directly. A poll by the Austin Business Journal shows an 86 percent approval rating for the Tesla sales model, and 99 percent of Los Angeles Times respondents favor the California automaker.

Tesla's argument for a different way to sell vehicles focuses attention on tradition versus innovation. Musk plans on electric vehicles dropping in price much the same way cellphones and laptops were also initially expensive. However, those prices dropped when volume sales increased. Given time, the Tesla sales model may become more popular when prices come down further and consumers get used to yet another product to purchase online.

Photo courtesy of ponsulak at FreeDigitalPhotos.net