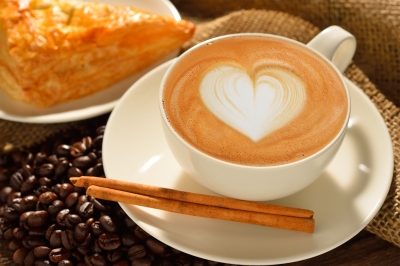 Customer loyalty is important for businesses, but figuring out how to get that loyalty can be tough. One approach is to learn lessons from companies who have already succeeded in doing this. From the success of Starbucks to the failure of Nespresso, coffee companies have plenty of experience in experimenting with loyalty schemes. Other businesses can learn from these success stories and cautionary tales.

The Starbucks loyalty program has been very successful in ensuring customer loyalty. The best part of this program is the Starbucks app, which simplifies the process for customers. Rather than having to fumble with cards, cash or keyring tags, Starbucks customers can simply scan their phone to pay for their coffee and snacks and update their rewards status all at the same time.

According to Starbucks, more than 12 million customers used this app in 2014. These customers accounted for approximately 15 percent of the company's sales volume.

The success of Starbucks' customer loyalty program is due to its ease of use. Rather than having to pay with cash or a debit card and then scan a card to gather loyalty points, customers simply have to scan their phone once. Almost all modern consumers carry their phones with them at all times, which means there is no chance of them losing interest in the program due to leaving their loyalty card at home. Businesses can learn from this experience by understanding the moral of the story: loyalty programs must be easy to use if they are to be successful.

Keurig Green Mountain has a more cautionary tale of trying to ensure customer loyalty. In 2014, Keurig released a new version of their K-cup brewing system, which uses coffee pods to brew fresh, hot coffee for customers to enjoy. The problem with this new coffee machine, according to customers who reviewed the product on Amazon, is that it includes technology that prevents compatible coffee pods from being used in the machine. Most reviewers of the machine gave it only one star on Amazon, seriously damaging the brand's reputation.

Keurig's aim was clear, as it hoped to force customers to buy Keurig-branded coffee pods, which would bring in more of the company's profits than the machines themselves. However, customers were disgusted by the change. The moral here is clear: attempts to garner customer loyalty by force are unlikely to be well received.

The third tale of coffee-based customer loyalty comes from Nespresso, which also makes coffee pods and machines. The company implemented a customer loyalty program that forced customers to register on Nespresso's website. However, the registration process was so complicated that many customers gave up, while others took to Twitter to voice their complaints.

These three tales of customer loyalty offer valuable lessons. As these coffee companies learned, customer loyalty programs must be easy to sign up for and easy to use if they are to succeed. They should also offer value to the customer, rather than trying to force them to buy the product by taking away the option of using compatible products.

Photo courtesy of amenic181 at FreeDigitalPhotos.net