Three Differences Between iPhone 5 and iPhone 6 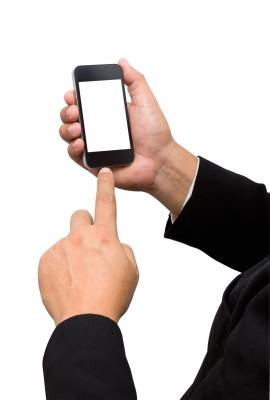 As the expected release date for the Apple iPhone 6 draws nearer, rumors are flying about the new design. According to most sources, the new model is considerably different from the iPhone 5, and the major upgrades are intended to create a faster and more efficient communication tool.

At one time, the iPhone was once one of the largest smart phones on the market. Now, with its 4-inch screen, it is one of the smallest. According to many reports, the new iPhone model is being released in two different sizes. One model is 4.7 inches, while the second is 5.5 inches. The bigger model, which is a mix between a phone and a tablet, may be released at a later date. The larger screens puts the iPhone closer in size to other major competitors and make it easier for users to watch videos, play games and use apps. Many sources speculate that the phone also has more advanced graphics and a bigger battery to support the increased screen.

One of the most important updates to the iPhone 6 is the addition of near-field communication technology, or NFC. With NFC capabilities, the phone makes it easier and safer to enable wireless mobile payments without complicated login procedures or app usage. In fact, Apple has partnered with Visa, American Express and MasterCard, so consumers have multiple payment options right out of the gate. Industry insiders hope that Apple adopting NFC payments causes the technology to become more mainstream. If mobile payments catch on, users can pay for purchases with the iPhone 6 — no cash or credit cards needed. Because it has developed its own technology and has a high-income customer base, Apple has a better chance of making NFC payments a success than other companies have in the past.

According to photos that have been leaked of alleged iPhone 6 prototype models, the new phone is considerably flatter than the iPhone 5. Photos of the working model show edges that are rounded generously, making the phone look similar in design to other brands. Images of the prototype seem to match the look and proportions of the rumored screen design. In order to accommodate the slimmer frame, rumor has it that the internal phone mechanisms are more sophisticated. Many outlets speculate that the phone has an A8 processor for extra speed. The new phone is also expected to have a better, higher-resolution camera.

The iPhone 6 rumors have been heating up over the past weeks as Apple's expected product announcement draws nearer. Each upgrade is designed to improve the phone, making it faster and more competitive with other major companies in the mobile phone industry.

Photo courtesy of luckypic at FreeDigitalPhotos.net

Live coverage of the Google Pixel 2 launch on DPReview
news via Articles: Digital...