Three Things to Watch in Broadband 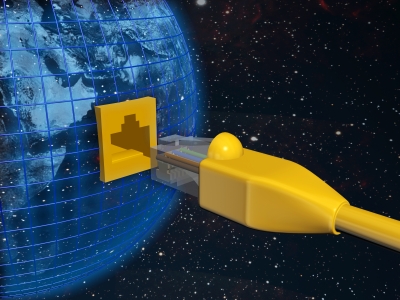 1. The Rise of Users

Without a doubt, the most notable development in broadband technology has been in the number of users who depend on it every day. Global IP traffic has grown, as more people and systems get connected, to the point that traffic projections have taken on exotic-sounding terms just to describe the volume. Annual global traffic is projected to run up to 1.4 zettabytes, or 1.4 trillion gigabytes, by 2017. With so many people and nonhuman systems joining networks, the increase in demand calls for expanded infrastructure, elevated maintenance priorities, and more jobs than ever before to keep broadband technology in good working order.

Another major trend in the development of modern broadband technology has been faster connections. Increasing the speed of a broadband network isn't easy or cheap, but it's a necessary part of keeping broadband networks attractive to users. In 2013, FCC Chairman Julius Genachowski put out what he called the "Gigabit Challenge," which was framed as a call to broadband providers to extend gigabit-speed connections to all fifty states. This entails an expansion of the existing networks in the thirty-seven states that had yet to reach one-gigabit speeds. This hike in bandwidth is driven by changing usage patterns, as connected users download more audio and video content than ever before, and will only trend upward as on-demand video becomes a realistic service for more markets worldwide.

Speaking of worldwide markets, the expansion of broadband access to more places than ever before has become a priority for governments and private carriers in recent years. There's hardly a market in the developed world that doesn't promise fertile soil for broadband providers such as Verizon and Comcast. The promise of a ready-made customer base in Eastern Europe and the Pacific Rim countries has driven, and will continue to drive, broadband access in these areas. Expansion will be further assisted by large-scale state investments such as the European Union is presently making in basic infrastructure, wireless supplements such as laser-assisted telemetry, and extra high-capacity 5G broadband technology.

The rapid growth of broadband technology has been one of the most remarkable trends in communications technology over the last decades. Faster connections, more users, and the soon-to-be universal expansion of access points are all trends that have driven broadband from its early days as essentially a novelty to the point that it's the new must-have element in any modern network. As broadband technology develops further, it helps create a faster, more connected world.

Roku's CEO says his business is doing 'great' — even if investors a...
news from Markets