Tips for An Executive Cover Letter 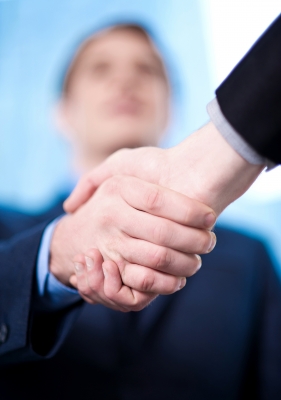 An executive cover letter needs to be more than a simple summary of your work history. Instead of repeating information that the hiring manager has already read in your resume, use your cover letter to spell out the personal traits and professional skills that make you the best candidate for the role. Remember, the aim of this letter is to explain what makes you stand out from the crowd. If you have particular experiences that position you to take on this executive position, your cover letter gives you the space you need to describe them in detail.

An executive cover letter requires a formal tone, which means good grammar and no slang. However, you don't want it to sound too robotic. Try to adopt a friendly, conversational tone that expresses your personality. Leave out the tired cliches and the meaningless phrases that appear in too many cover letters.

At an executive level, your cover letter needs to show your skills, rather than merely telling the reader about them. Saying that you're a team player communicates very little, but explaining how you managed a team of people to work together and successfully complete a project on time and under budget could convince a hiring manager that you have what it takes to take on a leading role in the company.

Most importantly, your executive cover letter should express your enthusiasm and your passion for both the job and the company. If possible, include details about the organization that show you have done your research. Find out as much as you can about the company culture, and explain why you would be a good fit.

Some executives think that cover letters are old-fashioned, but there is never any harm in sending one along with your resume. A cover letter is a good opportunity to expand on the information presented in your resume, allowing you to make a good impression on your potential employer. When crafting an executive cover letter, remember the tips given here: be passionate, be original – and, above all, be yourself.