Transformation and Renewal of Starbucks 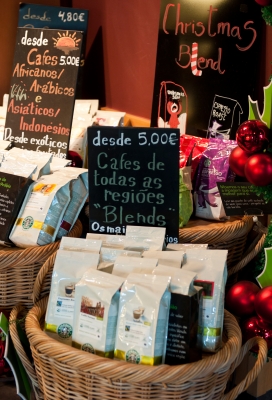 In the decades since Howard Schultz first acquired Starbucks in 1987, the company has gone through periods of change and renewal. In a recent case study, “Starbucks Coffee Company: Transformation and Renewal,” Harvard professor Nancy Koehn examines the Starbucks transformation journey in detail. The study, along with Starbucks' continuing reinvention, is a lesson in daring business management.

Koehn's business case, which she authored with Nora Khan, Elizabeth Legris and Kelly McNamara, focuses largely on the Starbucks transformation between 2007 and 2014. In 2007, Schultz infamously sent out a memo to company officials that lamented the state of Starbucks. In the memo, which was leaked to the Internet, Schultz worried that the company had become over-commoditized and that it had lost sight of its original purpose.

When he returned as CEO in 2008, Schultz came with major changes to the Starbucks business plan. He began the long Starbucks transformation process with a specific, seven-step agenda. One of the most important goals on the list was, "Engage and inspire our partners." "Partners," in Starbucks lingo, refers to employees. In order to create loyalty and satisfied employees, Schultz realized that massive change was necessary. To that end, he began taking drastic measures to retrain and redevelop the company culture. Schultz closed every U.S. Starbucks store for a half day in February of 2008 for partner training. In October of the same year, he spent $30 million on an employee conference. He also insisted on health benefits for all employees who worked more than 20 hours per week. Each move was risky, considering the company's precarious financial position. In mid-November of 2008, the company's stock prices dropped to a record $7.83 per share.

Over time, however, Schultz's bold Starbucks transformation strategy began to bear fruit. Employees knew that the company valued their contributions, making Starbucks a more pleasant place to work. New technology helped baristas work more efficiently. The improved corporate ethics and dedication to sustainability rippled throughout the market. Starbucks was reborn. As of July 29, 2014, the company was trading at $77.81 per share.

The Starbucks transformation and renewal hasn't stopped. Schultz believes that the process is ongoing and continues to pursue growth opportunities while adhering to the core brand promise. His most recent endeavor is a foray into the world of tea. In a partnership with Teavana, he hopes to capitalize on the global interest in tea drinking. His first major campaign centers on chai tea and features none other than Oprah Winfrey, who allegedly hadn't heard of Teavana before Schultz brought it up at a gathering.

In the coming years, the Starbucks business plan also allows for a number of exciting forays. One involves digital payment systems that will allow consumers to pay with a cell phone application rather than a card or cash. Another focuses on rapid expansion into new markets around the globe, including China. Other new stores around the world are integrating new designs to make Starbucks a unique and artistic space.

The Starbucks transformation is proof for business owners that bold decisions can pay off when carried out fearlessly. By treating its employees well and dedicating itself to positive business practices, the company has reinvented its culture and reputation.