Vladimir Putin, and How Not to Lead 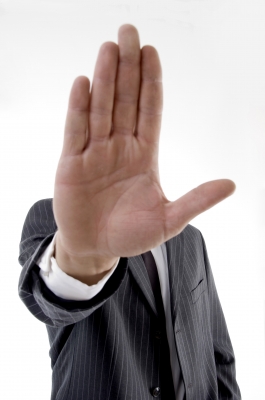 Vladimir Putin, who first served as Russian president from 2000 to 2008 and has won the 2012 election for another term, is known for ruling with an iron fist. Putin may not be as bad as his Soviet predecessors, but his leadership woes have been internationally addressed. However, Putin's leadership mistakes can be boiled down to several important factors that act as great examples of how not to lead your organization.

The first of Putin's leadership woes is his over-preoccupation with others' perceptions of him. A leader, whether he is a country's president or a manager within a company, must focus more on organizational issues and unity among employees than on himself. Otherwise, workers may see you as either vain or insecure. Vladimir Putin has captured international media attention for his frequent publicity stunts, including taming beasts, scuba diving, singing jazz standards, firing a pistol and allowing himself to be photographed topless on numerous occasions.

Another one of Putin's bad moves is his choice to lead a high-end lifestyle, such as reportedly building a $1 billion home on the Black Sea. According to Business Insider, Vladimir Putin is reported to have roughly $40 billion in assets. As a leader, you should never put yourself far above those you are leading as this creates negative feelings and a feeling of alienation between you and your employees.

Criticism is a building block of success in any organization, but not according to Vladimir Putin. The Russian leader is notorious for dealing with critics by either imprisoning them, like what happened to Mikhail Khodorkovsky, or driving them out of the country. As a leader in your organization, you should listen carefully to every complaint or criticism from employees, clients and upper management, using the information to improve your organization. To help employees feel more comfortable giving criticism, consider placing an anonymous comment, complaint and suggestion box in a common area such as an employee lounge.

Vladimir Putin also opposes certain ideals that lead to acceptance and new perspectives. An in-progress document known as "Foundations of the State Cultural Policy," which is a project under the direction of Putin's chief of staff, blatantly rejects ideals such as multiculturalism and tolerance. This type of close-minded approach does not allow for things like creative freedom, constricting Russian citizens in their evolution and progress. Managers and business leaders must use the opposite approach to create unity among workers and avoid a hostile work environment.

Putin is a baffling individual, and many of his leadership decisions are just as bizarre. From the silencing of critics to the opposition of important ideals, Putin is far from a model leader. To avoid becoming like Vladimir Putin, make sure you are an open and fair leader who listens to your employees.

Register
Sign In
Oliver Stone On Interviewing Putin, Documenting Snowden, And Making...
news via Media - The...
Trump's Surge In Afghanistan
news via Politics - The...