Which is Better - AMD or Intel? 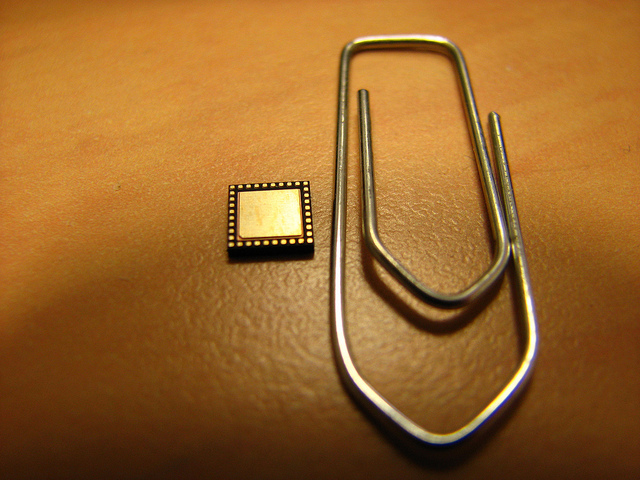 Mobile devices are everywhere, from tablets to smartphones and netbook computers. To keep up with demand, two major microchip makers unveiled new projects at the start of 2015. These tiny microchips create smaller processors designed to run smaller and faster mobile devices set to be sold in the coming years.

Chip makers AMD and Intel created 28-nanometer and 14-nanometer microchips, both of which claim to create more processing power in less space. Smaller processors, especially in mobile devices, mean more room for features or more efficient products that take up less space for the same amount of work. Although Intel's chip is smaller, both companies created processors that use less power and create less heat within mobile devices. The goal is to make laptops thinner and mobile devices lighter.

Intel introduced its 14 nanometer Broadwell chip that has transistors invisible to the naked eye. These smaller processors replace the Intel Core M, a unit barely bigger than a U.S. quarter-dollar coin. The smaller transistors shrink everything else in the central processor, including transistor pins and interconnecting material. Intel claims that its processor increases power efficiency by 30 percent, which saves wear and tear on other components. Less energy usage also means no space-hogging fans in laptops, even with improved graphics units that make computers perform even better.

Smaller processors lead to lower operating temperatures, which limits overheating within the central processing unit. When a CPU overheats, processors moderate their output to lower the temperature of the unit. The CPU decreases its frequency when it overheats, thereby reducing its efficiency to run the rest of the computer. Tinier processors such as Intel's help mitigate these problems.

AMD's Carrizo processor rates at 28-nanometer transistors, but the overall processor shrank to eight layers while increasing the number of transistors by 29 percent. Although this smaller processor still produces a fair amount of heat, cores are spaced far enough apart to reduce the chance of overheating. AMD claims the Carrizo can increase battery life by more than 100 minutes. The new unit also handles gaming hardware and streaming video better than its predecessor.

Both AMD and Intel aim for a wide release sometime in 2015, and both of these smaller processors have led to faster and thinner laptops heading to market. Smaller mobile devices are on the way, too. When these devices go mainstream, consumer prices eventually come down to meet greater demand.

Photo courtesy of fdecomite at Flickr.com

Intel may be flying high, but it faces plenty of challenges ahead (...
news from Markets