Why the U.S. Spends More Than Other Countries on Health Care 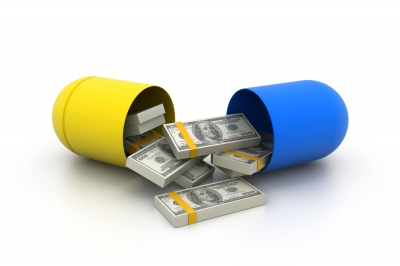 If the primary intent of the Affordable Care Act was expanded access to health care for a greater number of Americans, then that legislation is achieving that goal. However, if the goal included a reduction in the amount spent in and by the United States for health care, then the Affordable Care Act has far to go and must overcome an expensive mix of services, heavy use of specialty physicians and high insurance administration costs.

In the wake of implementation of the Patient Protection and Affordable Care Act coupled with the beginning of a turnaround of the American economy, U.S. health care spending continues to increase, though perhaps not as exponentially as predicted or at historic rates. Since the Affordable Care Act expanded enrollment in health insurance, an increasing number of Americans have coverage and can obtain health care that may have been delayed in prior years. Increased health insurance enrollment translates to an increased number of people now able to purchase health-care equipment and services. Additionally, as the number of employed Americans increases, more income is available to spend on health-related items and activities.

Even before the enactment of the Affordable Care Act, and even without further increases in rates of health-care spending, Americans continue to far outpace their international counterparts when it comes to health-care costs per capita. In 2014, the United States will spend almost 18 percent of its gross domestic product on health care. This translates to expenditures of one-third more than the Netherlands, which is second on the list in terms of health-care spending.

At least three factors are likely contributors to the United States' significantly higher per capita health-care spending. One is that American patients utilize a more expensive mix of services. Rather than relying on the more generalized services of a primary care provider, Americans tend to receive care that involves more expensive interventions, as well as high-tech diagnostic and therapeutic procedures. Americans also pay more for amenities and privacy, especially in long-term care or hospital facilities.

Regardless of personal opinion as to the causes for the greater spending overall, few can dispute that the United States' health-care expenditures are significantly higher than those of the rest of the world. How to reduce the amount spent without also lowering quality of care remains a point of contention. Once expanded access is achieved and sustained under the Affordable Care Act, focus can turn to addressing American's health-care spending.

Can a trio of billionaires save American health care?
news from The Week - Business