Why is Healthcare Spending Still Climbing? 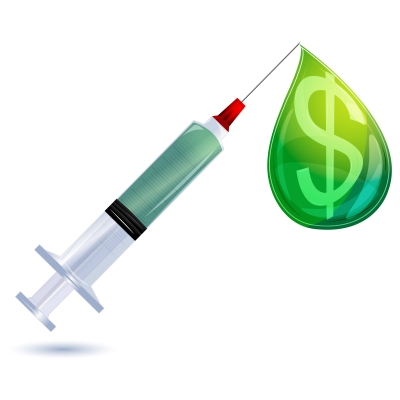 The federal government recently released data indicating the United States experienced a 9.9-percent increase in health care spending during the first quarter of 2014. The spike in spending is attributable to multiple factors at play in the present economic and political environment, including expanded insurance coverage, an improved economy and fewer expiring patents.

Individuals and employers can employ cost-containment strategies and implement cost-reduction policies to help minimize health care spending. Visiting your health care provider for one of the annual wellness checkups or participating in a prevention program such as diabetes management lowers the likelihood of future illnesses or multiple visits, which drastically lowers your medical spending.

Even with a reduction in individual spending, the amount spent in America each year on health care is expected to continue rising gradually. Analysts at The Centers for Medicare & Medicaid Services anticipate health care spending to increase to 6.1 percent in 2014, compared to the approximately 4-percent increase seen in 2013.

One contributor to the increased health care spending is America's improving economy. USA Today reports that the unemployment rate has fallen from 8.5 percent to 6.7 percent as employers added 2.6 million jobs since late 2011. As the economy experiences a turnaround and individuals have more money to spend on their health, overall health care spending will increase.

Another reason for the increased medical spending is the implementation of The Patient Protection and Affordable Care Act. Under the Act, individuals are mandated to obtain health coverage or be fined by the Internal Revenue Service. Additionally, most states expanded eligibility for Medicaid and enhanced the covered services and benefits. Implementation of these Affordable Care Act provisions added millions of formerly underinsured people to insurance coverage plans, with hundreds of thousands or even millions more likely to enroll in the near future. As people gain coverage under health insurance after having none for years, many of them will schedule appointments for long-deferred treatment. Consequently, the surge in health care spending in the first quarter is not surprising.

Analysts at Capital Economics predict a reversal in the downward trend seen in annual health care inflation over the past 10 years. The low of 0.9 percent is anticipated to reach up to 2.5 percent since fewer drug patents are scheduled to expire in the near future. In recent years, several drugs' patents expired, making their manufacture open to any pharmaceutical company and lowering the drugs' prices.

The sharp increase in U.S. health care spending is a reflection not of any failure of Obamacare or any drastic increases in costs. Instead, the rise is a reflection of economic turnaround, expansion of health insurance coverage to millions and a lower number of expiring drug patents.