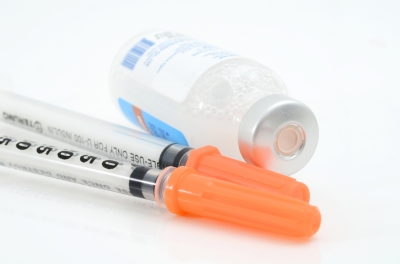 Drug screening, both before and after hiring an employee, is common for human resources departments, particularly in larger organizations. Though this practice faces criticism by some who consider it to be intrusive, the reasoning behind workplace drug tests is fundamentally linked to running a safe and productive workplace. With new data indicating that drug use by workers is on the rise, HR professionals are faced with new challenges.

Most drug testing is performed before employing a new job applicant. Testing that occurs during active employment is generally, but not exclusively, reserved for workers with jobs that are safety-sensitive or for which it is legally required, such as truck drivers.

According to the U.S. Department of Labor, workplace drug testing is not conducted to invade employees’ privacy; rather, it is used to control health care costs related to drug use and curb potential safety and health hazards. In reality, there is a financial benefit to corporate drug screenings insofar as they deter drug abuse. Organizations that conduct screenings are protected against liability from injuries caused by drug-impaired employees, and some states provide workers’ compensation insurance premium discounts to drug-free workplaces. Studies also show that drug abuse severely reduces productivity.

According to a recent study, the number of U.S. workers who failed workplace drug tests in 2013 increased for the first time in a decade. The study, conducted by Quest Diagnostics, a diagnostic information services firm, determined that failed drug tests have increased for the first time since 2003, largely as a result of increased employee use of marijuana and amphetamines. Nationwide, marijuana remains the most commonly detected illicit drug.

Barry Sample, Director of Science and Technology for Quest Diagnostics Employer Solutions, noted that, in light of the increased worker drug use found in the study, “employers should be aware of the potential for drug use by their workers and the risk that represents for the health and safety of their employees and the public."

HR Implications of Worker Drug Use

Due to the sensitivity of the information and its potential implications, HR departments must have explicit policies and procedures for dealing with employee drug testing firmly in place. It must be clear that screening is a condition of employment and indicate the ramifications of a failed test.

How companies use the workplace drug test results is their own choice. Sample points out that even in states where recreational marijuana use is legal, "employers generally have the authority to restrict the 'recreational' use of marijuana by employees and impose sanctions, including termination, on employees with positive drug tests in all 50 states."

The increase in failed drug screenings found in the Quest Research study highlights the importance of a well-prepared HR department. Employee safety and productivity, and ultimately a company's bottom line, can be negatively impacted by worker drug use, and as a result, it is in the best interest of the company to have an HR staff who can implement workplace drug tests and follow through by hiring and retaining a drug-free workforce.

Photo courtesy of Antpkr on FreeDigitalPhotos.net