Working With an Incompetent Boss 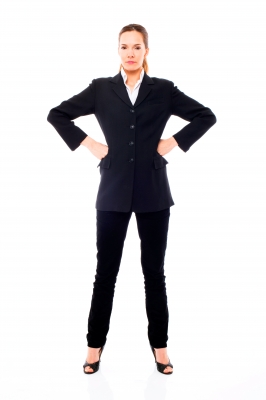 A manager is supposed to be one of the most competent people in the department. Unfortunately, not every manager has the skills required to lead a team of employees. If you have an incompetent boss, it probably affects every aspect of your professional life, from scheduling meetings to completing projects. If you can't move to another department, these tips can help you overcome the challenge of working with an incompetent boss.

When you think of bad bosses, you might think of individuals who are always yelling at employees or blaming others for their mistakes. In reality, an incompetent boss might be the friendliest person on the team. Incompetent bosses don't set boundaries, so they spend more time focusing on forming friendships with their employees than on setting goals or doing performance reviews. This type of incompetent boss is very much like Michael Scott from the American version of "The Office." He's a nice guy, but his antics prevent employees from paying attention to their assignments.

If your incompetent boss tries to pal around during work hours, you have to learn how to set boundaries. Don't feel pressured to socialize with your boss, especially if you're being asked to engage in social activities after work. Once you set a boundary, be consistent about enforcing it. If you occasionally say yes to an invitation, your boss won't get the hint that you really don't want to be invited to after-work social events.

Another type of incompetent boss is the micromanager. Some people praise micromanagers for always being on top of things, but many employees loathe working with someone who has something to say about every little detail. It's one thing to want your employees to do their best work; it's another to stand behind people while they work to see if you can catch them making mistakes. If your incompetent boss is a micromanager, the best thing to do is prove yourself capable of doing the job without constant guidance. Complete every project on time and to the best of your ability to show your boss that you can do the job on your own.

If your boss received a promotion based on seniority instead of skills, you can't do much to change the situation. You probably have skills your incompetent boss doesn't have, so neutralize the situation by sharing information discreetly. Support your boss instead of trying to show off your knowledge during department meetings. If you share your knowledge in a way that doesn't make your bad boss feel threatened, you'll become a confidant instead of a competitor.

Many people have to deal with terrible bosses on a daily basis. If you can't switch roles or move to a department with a different manager, it's up to you to handle the situation in a professional manner. Deal with an incompetent boss by setting boundaries, doing every task to the best of your ability and sharing information in a way that makes your boss trust you instead of feeling threatened by you.

Register
Sign In
Bethesda's Nannies Brace For Government Shutdown
news via Politics - The...
Did Russian Spies Use Diplomatic Cover to Run a Global Cocaine-Smug...
news via Yahoo News - Latest...