Can You Lose a Job For Being Too Attractive? 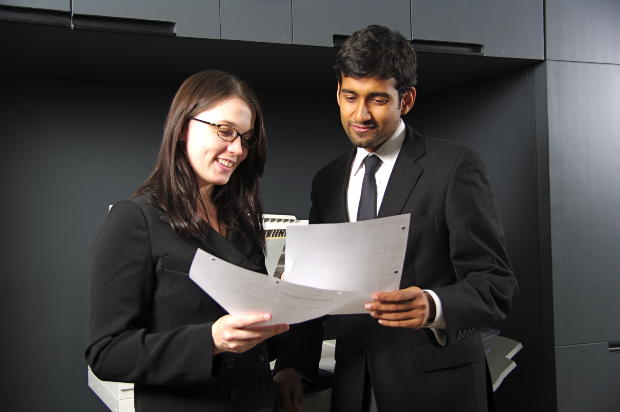 Yes, you read the title right and yes, it seems that you can lose a job for being too attractive.

There are many labor laws that serve to protect people from unfair or prejudicial hiring practices. For women, there are laws in place that are designed to protect them from being passed over for a job or for being fired due to their gender. There are even federal laws that make sexual harassment in the workplace illegal. For legal purposes, sexual harassment can include “unwelcome sexual advances, requests for sexual favors, and other verbal or physical harassment of a sexual nature.” It doesn't cover the occasional offhand comment, the thoughts an employer might be harboring and the jealous imaginings of the boss's spouse.

Recently, a dentist in Iowa fired his long time dental assistant because he claimed that she was too attractive and that in the time that they had been working together, he had grown increasingly more attracted to her. He was worried that he might attempt to start an affair with her, sexually harass her or behave in a way that would be harmful to his marriage.

While I don't think it should matter as far as the legal principles at play, it still seems worth noting that the assistant hadn't done anything to foster these feelings in her boss. At no point has she been accused of being overly flirtatious or behaving in a manner that would make him believe that she would be open to the idea of an affair with her boss. Again, not that it matters.

The dental assistant sued her former employer for wrongful termination and sexual discrimination. During the course of the trial, the legal issue being decided was “whether an employee who has not engaged in flirtatious conduct may be lawfully terminated simply because the boss views the employee as an irresistible attraction.”

The case was heard in the Iowa Supreme Court where an all-male court ruled that yes, an employer can fire an employees, male or female, because they or their spouses view them as a threat to their marriage. The reason given is because the issue in question isn't based on gender, but instead is one of emotions and feeling, which aren't protected.

I'm not sure how I feel about this ruling, but I can see the court's point. On the other hand, I think that it's poorly done of the dentist to fire a long time employee based on his own feelings. When he hired her, I'm sure the fact that she was attractive played a large role in why he felt she was right for the job. For it to be used against her later seems wrong. However, I have to hope that this is an isolated incident and in the end, the dental assistant was better off for not having to continue to work for an employer who was having those types of thoughts about her.

What do you think? Do you think employers should be able to fire people because they're too attractive or because they think that they might be tempted to harass them? Please share your thoughts in the comments.

We don't need tech to become less addictive — we just need it to be...
news from Markets