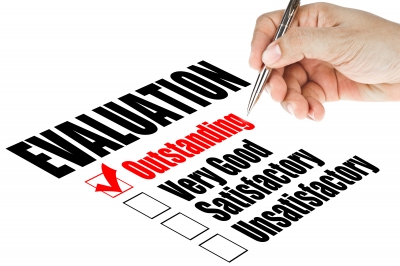 Whether you're a job seeker looking for a great job, or an employer looking for the best employees, the odds are good that you have a list of skills and abilities that are important. Employers might interview applicants in order to determine if they have these skills and applicants are likely to try to play up these same skills. But, what if I told you that many of these qualities are overrated and are not actually as important as we've all been taught to believe?

Common wisdom says that a great employee is someone who is hard working, dependable and a good team player, and who also possesses the ability to multitask. However, actual research shows that these skills don't actually mean that someone will be successful at a particular job.

Here are four job qualification everyone thinks are important, and why they aren't:

Teamwork – Many companies want to find out if an applicant is able to work well with a team. For some reason, teamwork has become a buzzword and if someone isn't a team player, it's likely to be a serious black mark on their candidacy. The problem is that most research shows that teamwork is not an accurate measure of an employees ability and there are many, extremely skilled, people who do their best work independently. What's more, in most cases teamwork isn't the best way to get things done.

Talent – Take a quick look through a couple of pages of job listings, and you'll see that an overwhelming majority of the job descriptions are looking for talented employees – even the entry level job postings. The problem is that talent doesn't really have much to do with success. In the book, “Talent is Overrated”, the author, Geoff Colvin states that what makes the difference is determination and practice. He says that it takes 10,000 hours of practice for anyone to become an expert at something. Sure, talent might help you stick with the practice, but it's the actual work of doing something that makes you the best at it.

Multitasking – Many job listings ask for applicants who are able to multitask many different types of responsibilities. Personally, I think that the word has become a form of shorthand to mean that the responsibilities of the job will be varied and rapidly changing. However, there is still a common belief that multitaskers are more productive and harder working than those who do one task as at a time. Recent research shows that multitasking is bad for our brains and doesn't actually improve productivity. The employees who do one thing at a time tend to be far more focused and productive than those who attempt to do several at once.

Hard work – Everyone wants to hire someone who isn't afraid of working hard. In fact, most job seekers start their elevator pitch with the claim of being a hard worker. Even though the old saying claims that it's better to “work smarter, not harder,” many of us still don't believe it. A person who is willing to work long hours may not be the same person who will look at a task and try to find the most efficient way of getting it done. Bill Gates has been quoted as saying, “I choose a lazy person to do a hard job. Because a lazy person will always find an easy way to do it.” When you think about it, most of the progress humans have made, from the wheel to the remote control to the modern smart phone, was a direct result of a lazy person trying to find an easier way to get things done.

There are many skills that make an applicant a good fit for the job. Instead of getting hung up on these overrated qualities, why not come up with a new list that more accurately describes the ideal candidate?

Have you ever looked for or claimed to have one of these skills? Do you think they are overrated? Why or why not? Please share your thoughts in the comments.

Register
Sign In
Live Updates: Latest News on Coronavirus and Higher Education
blog post from Inside Higher Ed | News
How a therapy dog organization is giving back to veterans, first re...
news via PoliceOne Daily News

This Is What Sisterly Love Looks like
news via Refinery29