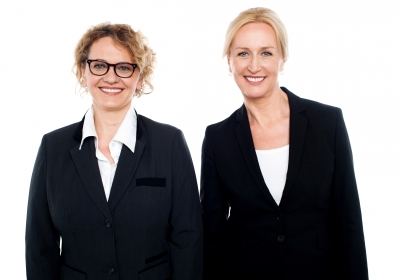 It sometimes happens. You’re told by a recruiter or HR manager that the choice for the plum job you applied for is now down to just two people—you and another equally qualified candidate. Your resumes are strong, hitting all the right points when it comes to experience, education and credentials. Both of you did well on the first interview. You got the callback for a second interview. Now it’s crunch time. You need to pull out all the stops and find a way to stand out. What to do?

Don’t take yourself so seriously

A recent CareerBuilder survey noted that having a sense of humor can put you on top if it gets down to you and another candidate. A full 27 percent of managers faced with two equally qualified candidates chose the person who demonstrated a sense of humor during their interview. You don’t have to be a clown, but a shared laugh about work or sports can break the ice and make you seem more like a mensch. A natural sense of humor can be useful, according to Anita Bruzzese, career columnist and author of the book "Take This Job and Thrive." In her recent article, Six Careers Where Humor Can Be an Asset, she notes that when you put people at ease with humor, you make yourself more likeable, adding that using self-deprecating humor can help you find a common bond.

Giving back can put you ahead

Demonstrating that you care about other people and are willing to get involved in a charity or community improvement project can put you over the finish line if you’re neck and neck with another job seeker. In fact, 26 percent of HR managers noted that this kind of giving back put the candidate in a better light. So if you’re applying for a job you really want, get involved with your local food drive for the hungry or help build a house for Habitat for Humanity.

Look sharper than the other candidate

It may not be fair, but appearances count in this world. According to the Job Center of Wisconsin, 95 percent of employers are influenced by a job applicant's appearance. If you want to get the job and get ahead, you’ll have to present a better visual image than the other candidate. Surveyed HR managers said they would hire the better dressed job seeker if it came down to the last two. So check out the attire of the company’s CEO (go online to find photos of the company’s “top team members”) and emulate their style. Needless to say, no visible tats or piercings. And go light on the cologne or perfume.

Look healthier than the other candidate

It’s not a biggie but you need every advantage if it’s down to just two people. HR managers said they would give the job to the more physically fit of the candidates—by 13 percent. So if you’re out of shape, join a gym and go on a diet. It’s not fair but many employers believe seriously overweight candidates are slower and less motivated. There’s also the health insurance issue, with employers increasingly turning down physically unfit candidates to keep their insurance costs down.

Crunch time between you and another candidate? Tip the odds in your favor with the suggestions noted above.

Here's What You Can Do to Bounce Back from the Blow of Being Let Go...
article posted by Jessica N. Todmann