If The Economy is So Strong, Why Can't I Find a Job? 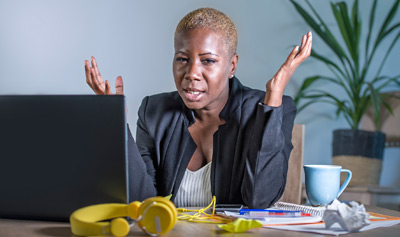 Reports of a booming economy and low unemployment rates across the board can be frustrating to job seekers who can't seem to get their slice of that employment pie. As it turns out, however, a strong economy doesn't necessarily translate to better job prospects, especially in a time of changing hiring technology. Here are a few reasons you might be struggling in your job search as well as ideas for overcoming these hurdles.

Reports of a strong economy tends to boost confidence among job seekers, leading them to submit more applications. At the same time, unemployed professionals tend to flock to cities with reportedly strong job markets, further increasing competition. In an era of online job postings, job seekers also have to deal with people from other regions competing for the same jobs as them, an issue compounded by the fact that many professionals have begun applying to any opening that may be remotely related to their skill set. As a result, a single opening can receive thousands of applications, making it harder for qualified professionals to get noticed.

Increased automation has changed the game for hiring managers seeking talent in a strong economy, but not necessarily in a way that benefits job seekers. Many employers use automated systems that pre-filter applicants and choose potential candidates based on keywords that come up in their resumes. This process often means that professionals with a great work ethic and valuable soft skills simply don't have a chance to shine. On top of this, technical skills are becoming more and more valued, creating a tougher landscape for workers coming from other industries.

While the realities that job seekers face even in a strong economy can be disheartening, there are a few ways to beat the odds. First, professionals should customize their resume for each position, adding keywords where relevant and appropriate. While this part of the job search can be time-consuming, it's a solid method for making it past automated filters. Job seekers can also boost their odds by doing what other professionals fear: attending real-life networking events. Building relationships increases your chances of getting a referral, which is much more powerful than a blind application.

Finding lasting employment can be a tough task, even in a strong economy. Luckily, by going the extra mile to make your application stand out, you can be well on your way to landing a job. What are some other ideas for getting noticed in an active job market?

The economist that predicted the housing crisis warns the Fed is en...
news from Markets