Pros and Cons for Cutting the Cord 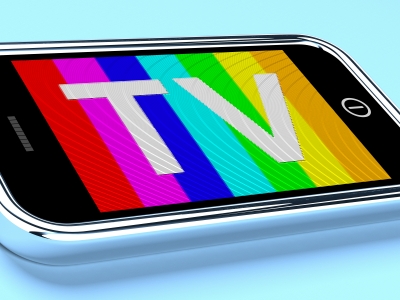 Thanks to the advent of streaming services, video content on network and video sharing sites, as well as on-demand programming, cable television appears to have a tenuous future. Cutting the cord is a phenomenon that gained steam in 2015, after years of talk about the death of cable and coming of customized viewing packages that give viewers only the channels they want to watch.

Take into account some pros and cons of nixing your cable subscription. The facts may seem surprising.

Money Savings Versus Many Channels

Saving money on a lack of cable television depends on how many shows you watch. If you invest in a package just to watch your favorite zombie-destroying human army, consider streaming services or a subscription just for that show. When you set your nightly and weekend schedules to different shows that five separate people in your house like to watch, a cable subscription might come in handy. Evaluate your needs with a cost comparison of your cable package versus the amount of streaming or subscriptions you need.

Several networks stream shows or make episodes available on websites shortly after they air on cable television. If you don't mind watching several commercials during breaks or waiting a few hours after new episodes air, you can save money and watch your newest episodes the day they appear on regular network programming. Since millions of viewers use a DVR to record their episodes to watch later, sitting in front of a television at an exact time is no longer the driving factor it was before the days of VCRs.

Tons of Sports Versus Missing the Big Game

Sports leagues make tons of money on cable television contracts. As such, you might stick with cable if you want to cheer on your favorite home team, to avoid blackouts through live streaming on your mobile device.

One myth of cutting the cord is the technical aspects of watching your favorite programming. So many services are easy to use on a Web browser, smartphone or table computer that you can tune in to your latest episodes within minutes.

You don't need to worry about pirated copies of episodes circulating through the Internet. The reason networks have numerous shows online, viewable for free on their websites, is to keep people from finding the pirated copies on YouTube. Just know that you still have to deal with commercials and advertising unless you purchase a season pass or individual episodes.

Many People Have Left Versus Not

In 2013 and 2014, statistics indicated that just 250,000 people, or just 1 percent of all subscribers, cut off cable television to join the streaming revolution. In 2015, that number increased to 350,000. It appears networks realize the value of audiences that do not want to engage in traditional viewing methods.

The bottom line is that cable television still has some major draws, depending on the type of programming you like to watch. If you record many shows for later viewing, consider keeping your cable subscription, if you find it financially affordable. Otherwise, cutting the cord has become easier than ever, thanks to networks giving people what they want.