Rights to Air Space Being Tested by Drones 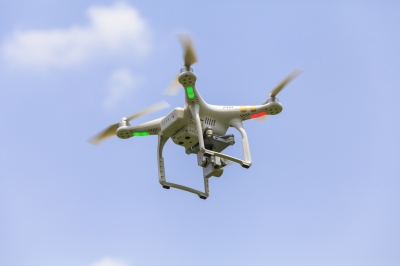 As technology advances, the world faces new issues that were never before considered. Drones, for one, raise plenty of legal concerns, for both private citizens and for corporations, including questions as to who owns air space.

In July 2015, Hillview, Kentucky, homeowner William Merideth saw a drone hovering in the air space above his garden and daughter. Not knowing who was operating the drone or what the intent, Merideth used a shotgun to blast it out of the sky. David Boggs, owner of the $1,800 drone, called police, asserting that Merideth had no right to shoot the drone since it was in the air. A Kentucky District Court Judge disagreed, saying Merideth was within his right when he shot the drone, and dropped all criminal charges filed against the man.

Disagreeing with the judge's decision, Boggs hired a lawyer and filed a court challenge in January 2016, claiming the drone was flying at a height of about 200 feet in air space that cannot be claimed as personal property by Mr. Merideth. In this landmark case, Boggs is being represented by lawyer James Mackler, who asserts that, as soon as possible, laws need to clarify and define how owners can use drones in lower air space.

Bring in the Drones

According to the U.S. Federal Aviation Authority (FAA), there may be about 2.5 million drones occupying skies over the United States by the end of 2016. The FAA expects this number to triple by 2020. This is due, in part, to the Aug. 30, 2016, ruling by the United States that drone operators no longer require FAA approval or a pilot's license.

In addition to private drone operators, companies are also finding a use for the technology. In 2013, Amazon CEO Jeff Bezos introduced a concept that used drones for package delivery. After two years, the FAA granted Amazon approval in April 2015 to test drone flights, requiring the machines stay under 400 feet and not exceed 100 miles per hour. Amazon hopes to cut out typical package delivery services, including UPS, FedEx and the U.S. Postal Service, by using drones to deliver packages that weight less than 5 pounds.

As of September 2016, there are 20,000 drones registered for use by commercial companies. The FAA expects this number to increase to 600,000 within 12 months' time, a change that is likely to drive even more legal rulings regarding how operators use drones and rights to the air space.

As consumers and companies become more interested in drones, the question of who has rights to lower air space takes on more urgency. At least in cases of personal dispute, the forthcoming court ruling in the case of Boggs vs. Meredith should provide some clarity.

2020 in review: the biggest photo news stories of the year
news via Articles: Digital...