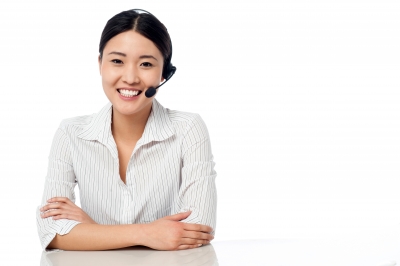 Customer service has never been one of the Federal government's strong suits. Notoriously lacking the high-energy customer support that often characterizes the private sector, many Federal agencies, such as the Social Security Administration, suffer from budget constraints that hamper their ability to meet the needs of their patrons.

In recent years, SSA has been hit hard with budget cuts, which has led to a dramatic reduction in its customer service staffing. The overall deterioration in the agency's services is emblematic of the perceived disregard the Federal government has for its customers.

In an effort to improve customer service, Congressman Henry Cuellar (D-Texas) sponsored a bill called the Government Customer Service Improvement Act (HR 538) that seeks to have the U.S. Office of Management and Budget create customer service performance standards covering all federal agencies. According to the bill, compliance with OMB’s standards would factor into Federal employee performance appraisals. Although the House of Representatives approved the bill in 2013, it still requires approval by the Senate and the President.

Although the Government Customer Service Improvement bill is a step in the right direction, the fact remains that agencies cannot provide high-quality customer service if they lack funding.

According to Reuters, SSA has received less than its budget request in 14 of the past 16 years. As a result, Social Security has been forced to sharply reduce customer service staffing and field service offices, which has in turn led to a marked decline in customer service.

Reuters reports that visitors to SSA field offices were forced to wait more than 30 percent longer for services in fiscal year 2013 than in 2012 and that busy signals on SSA's toll-free customer assistance line doubled in fiscal year 2013 compared to 2012.

The increasingly tight budget forced SSA to eliminate the mailing of its annual statements in 2011. Though they remain available electronically, hard-copy statements were one of SSA’s key customer outreach measures. Difficulties in reaching customer assistance combined with the abolition of the annual touch-point statement are a recipe for dissatisfied customers.

The continued budgetary constraints imposed on SSA have resulted in greatly weakened services, which are likely to continue declining without an unexpected injection of funding. As the private sector increases its focus on the overarching benefits of providing great customer service, the Federal government is dictating a shift in the alternate direction by failing to provide adequate funding to agencies such as SSA.