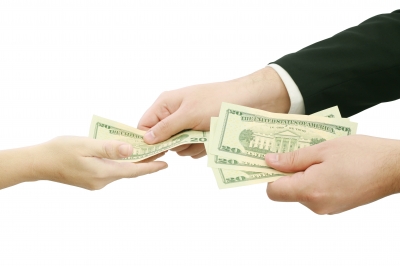 Indiana, Rhode Island, Maryland and Idaho are just a few of the states seeing sizable corporate tax cuts as of July 1, 2014. Marking the beginning of the fiscal year for many states, this date provides governors the perfect opportunity to try to stimulate job growth and the states' economies by cutting back on corporate taxes. Although some experts question whether this method is truly effective, it is a trend that is likely to continue.

Idaho has decreased sales taxes for businesses purchasing software from the cloud, and both Rhode Island and Indiana have provided large cuts in corporate taxes. While Indiana's business tax rates are dropping from 7.5 to 7 percent, Rhode Islands are falling to 7 percent from the previous year's 9 percent according to USA Today. Maryland is offering generous tax credits for biotechnology and cybersecurity as well as research and development.

Legislators and governors have provided these tax breaks due to a positive revenue outlook for the fiscal year, aiming to boost the economy by encouraging companies to move into the state. They also hope to push corporations to create more jobs by freeing up more capital. Although 2010 saw an increase in business taxes, governors in Wisconsin, Kansas, North Carolina and other states promised in 2012 and 2013 to pave the way to greater economic health with tax cuts. The 2014 tax cuts are due in part to the recovering economies of the states after the recession. However, Nelson A. Rockefeller Institute of Government senior analyst Lucy Dadayan adds that 2014 is an election year for many states, so the tax breaks may partly be a gimmick to influence voters.

Although these tax breaks carry a lot of promise, their direct benefit for businesses and the state as a whole is questionable. According to Michael Mazerov of CBPP, only 2 percent of recession job losses were due to businesses moving to other states. The Fiscal Times adds that Wisconsin and Kansas, two states that had previously promised tax cuts for an economic boost, rank low in job growth when compared to neighboring states. Mazerov states that some studies show that these types of tax cuts have a strong impact, while others have the opposite conclusion. In the end, it is hard to measure the effectiveness of these types of cuts due to the numerous factors involved in a state's economic growth.

Tax breaks may allow corporations a sigh of relief, but in the end they may not be the best way to stimulate the economy. Many of these cuts encourage relocation rather than job creation, meaning that the nation as a whole is not gaining many foreseeable benefits. States that focus on building new businesses rather than tax cuts may be on a more promising path according to Mazerov.

Republicans completely missed the easy solution to their business t...
news from The Week - Business