The Fittest and Fattest States in the United States 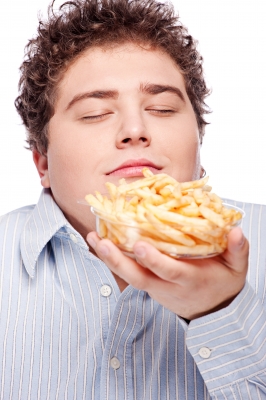 The results of a 2013 Gallup study indicate that the obesity rate of American adults has surpassed previous calculations and is more than 27 percent of the overall population. According to the study, the fattest states in America are Mississippi and West Virginia. The fittest states are Montana and Colorado.

Eleven states have obesity rates of higher than 30 percent according to the Gallup-Healthways Well-Being Index. For the purposes of the study, obesity is defined as a body mass index of 30 or higher. For adults, the BMI is a measure of weight relative to height.

Obesity has a significant impact on overall health, a fact of which many Americans are unaware. Not only does obesity increase the risk of heart disease, strokes and diabetes; it is also linked to a higher risk of devloping various types of cancer, including colon and breast cancers. Obesity can worsen the effects of arthritis, which hinders physical activity and can lead to even more weight gain. Sleep apnea and asthma are also consequences of obesity.

According to the Gallup-Healthways study, Mississippi has the dubious distinction of displacing three-time loser West Virginia as the most obese state in America, with more than one-third of the state’s residents being considered obese in 2013. Delaware was only slightly better with an obesity rate of 34.3 percent. Louisiana and Arkansas followed close behind with obesity rates of slightly less than 33 percent. Other states with obesity rates jumping past the 30 percent mark according to the Gallup-Healthways Well-Being Index include:

On the other hand, Montana and Colorado have the fewest obese residents in the country, with Montana being the only state in the United States with less than 20 percent obesity in 2013. The states with the lowest obesity rates are as follows:

Obesity rates are highest in the South and Midwest and lowest in the West and Northeast. This trend has been consistent since 2008 when Gallup and Healthways began tracking the levels of national obesity by state.

The survey also found that the states with the highest reported obesity levels also had higher rates of chronic diseases, like high cholesterol and diabetes.

From a business perspective, obesity has been shown to have an effect on the bottom line, with each obese employee costing an estimated $1,000 to $6,000 a year in added costs. With obesity rates maintaining high levels, it is crucial for business owners to assist their employees in developing healthier lifestyles.

The results of the Gallup-Healthways survey regarding obesity levels across the country are startling. Despite the well-documented health effects of this condition, many states have dangerously high levels of resident obesity. For states who consistently fall in the most obese tier, such as Mississippi and West Virginia, it would be a wise business decision to study the lifestyle practices of those with lower obesity rates, such as Montana and Colorado.