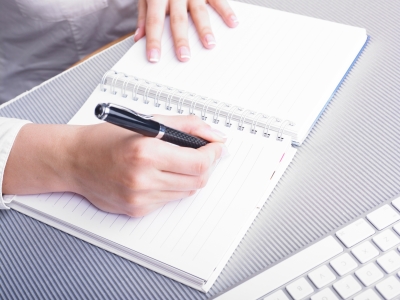 Over the past several years, the business world has increasingly focused on the elusive concept of creativity. Corporations seek creative thinkers in their hiring ads. Managers attend creativity training seminars where they learn how to cultivate creativity in the workplace. The frontline business publications feature articles on how to foster a culture of creativity. If you've never considered yourself a creative type, this trend is a little unsettling. It doesn't have to be.

Contrary to common belief, creativity is not simply an inborn talent that you either possess or not. It's a state of mind and a set of skills that you develop by practicing creativity. This insight isn't as circuitous as it seems, nor is it particularly new. In an article at "Forbes," writer August Turlak reminisces about the IBM Executive School founded in the 1950s and its focus on creativity training.

The school's founder, Louis Mobley, organized his thinking about creativity training around several key realizations. One of the most important was that you don't learn to be creative. You became a creative person when you regularly practiced creativity. Mobley encouraged his IBM executive students to think creatively with riddles, games and simulations where the logical answer reached through linear thinking was never enough. Instead he set up situations that forced students to recognize their own assumptions, discard them when they were wrong and dare to risk failure.

Jump start your own creative juices by building on core concepts used in creativity training courses similar to those used at the IBM Executive School. Remember that these aren't one-off creativity exercises. They are part of a daily practice and devotion designed to help you become more creative.

Prime your mind to be creative by setting up a routine that tells your mind it's time to be creative. Perhaps that means closing your doors and turning off your phone, making a cup of coffee for yourself, or taking a walk to clear your mind. The key is to follow your chosen routine with a period of working on something that requires creativity so that your mind associates the routine with working creatively.

An important step in creativity training is to treat your ideas with respect. Recording them is one way to start taking your creativity more seriously. Carry a notebook, or set up your phone with a recording app in order to jot down ideas as they come to you. Don't worry about polishing your thoughts or making them sound good. You are never sure in the moment which half-baked idea is going to be the nugget that turns into a successful new project.

You do not learn creativity, but you do learn to practice behaviors that lead to more creative thinking. In that way, creativity training is no different than piano training or dance training. The more you exercise your creative muscles, the stronger and more capable they become.