What the Hobby Lobby Ruling Means for Contraception 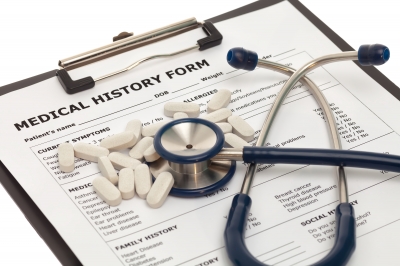 The Supreme Court ruling of June 30, 2014, has given the self-proclaimed Christian company, Hobby Lobby, and similar organizations, the right to refuse employee health care coverage for certain birth control methods. The changes in contraceptive options for female employees are relatively minuscule. However, the ruling itself, which gives certain corporations the same rights as individuals, may mean more changes are yet to come.

In essence, the 5-to-4 ruling on Burwell v. Hobby Lobby Stores, Inc. means that certain companies do not have to provide insurance coverage for contraception if it conflicts with religious beliefs. In this case, Hobby Lobby has refused to cover morning-after contraceptives, such as Plan B and Ella, as well as certain intrauterine devices. This is due to the belief that these methods may be used to abort fetuses. At this time, Hobby Lobby is still readily covering every other common contraceptive, including birth control pills.

Time Magazine states that the ruling applies only to closely-held companies, meaning companies in which half of the corporation is owned by five or fewer individuals. According to a study from Columbia University, approximately 90 percent of the country's businesses fall into this category. The Affordable Care Act mandates most health insurance plans must include contraceptive coverage without cost-sharing. However, nonprofit organizations with religious affiliations and places of worship are exempt, and as of the June Hobby Lobby ruling, so are some for-profit companies.

The use of intrauterine devices results in less than one pregnancy per 100 women per year, making it more effective than both condoms and birth control pills. Therefore, women working at Hobby Lobby and similar organizations do not have easy access to one of the most effective birth control methods available. Additionally, those who want to prevent an unwanted pregnancy using a morning-after pill, which may be necessary if a primary contraceptive fails, would have to pay out-of-pocket for the medication.

Additionally, many opponents of the ruling believe that the Hobby Lobby ruling is the beginning of a slippery slope, allowing corporations to refuse various types of health care based on beliefs. Opponents worry that the trend will continue until very few contraceptive methods are covered by employers, making the task of finding safe, affordable birth control much more difficult for working women. The fact that many women working for Hobby Lobby and other retails store often make minimum wage is also worrisome as Intrauterine devices can cost from $500 to $1,000, according to Planned Parenthood.

Although it is true that all three of the women on the Supreme Court case were overruled, the divide is more related to political affiliation than gender as all five members who voted in favor of the ruling are Republicans. The divide between those fighting for equal rights and those fighting for religious freedom is likely to continue, and many believe that Hobby Lobby is only the first in a series of similar rulings.

Photo courtesy of Phasinphoto at FreeDigitalPhotos.net

Who Is Neil Gorsuch, The New Supreme Court Justice?
news via Refinery29