If Married, Can You File Taxes Separately? 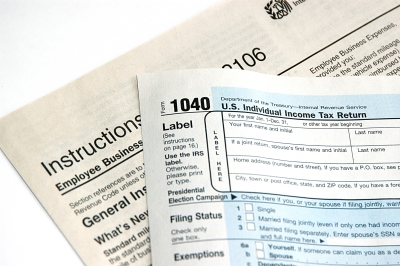 Paying income taxes in the United States can be confusing. Tax laws change yearly, new penalties get added or taken away, and tax deduction amounts rise or dip. Married couples may face several dilemmas, including whether to file jointly or file separately.

When couples file separately, income taxes owed may be more than if they file together. One spouse may claim the children while the other one does not, which could lower deductions or credits. Both people may push themselves into a higher income bracket if they file jointly while making close to the same income. Married couples also have to take the same standard deductions or use itemized deductions, but not a mix of the two on separate returns.

Married people may have a few advantages if they file separately. A couple that lives apart can each file as head of household to claim higher standard deductions. This can be particularly helpful if one spouse has no idea where the other person resides or if there is a heated dispute between people who are still legally married yet not fully divorced. Each person can claim head of household if they live in separate residences for most of the year. Spouses can fill out Form 8332, which designates the spouse to claim exemptions for children.

In upper income brackets, it may make more sense for couples file separately, depending on the situation with regards to the so-called marriage penalty. U.S. News & World report says single filers who make $85,000 pay a tax rate of 25 percent. When that income is doubled for two people, joint filers must pay a tax rate of 28 percent for couples who make more than $148,851. For someone who makes $300,000 and goes for single status, that income bracket is 33 percent. Married and filing jointly with $600,000 runs the tax rate up to the highest bracket at 39.5 percent.

Another consequence of a joint filing involves the Earned Income Tax Credit. Joint filers may make too much money together to claim the credit. When the two file separately, one person may be able to take the tax credit. This credit is based on income levels, so if a family makes too much income, the tax credit cannot go towards a refund or lowering of a tax bill.

The idea behind the "marriage penalty" is that married people make more money together than apart, so they can better support a family and pay a larger tax burden. Therefore, deductions and credits for children may be less with filers who fill out Form 1040 together rather than separately. Taxpayers with questions should always consult an accountant or a relevant IRS staffer for answers.

When a married couple decides to file separately, the biggest advantage could come with respect to deductions and credits. Overall, married people who file together generally pay the same tax rates as they would if they each filled out a tax return. Brackets change the most from single status to married status.